CTS Group, a new company formed of the HKCTS-CITS merger, announced in a recent commitment letter that it plans to avoid horizontal competition with its fully-own subsidiary CITS. China National Travel Service Group Corporation (CTS Group), now China's largest state-owned travel group resulting from the merger of HKCTS and CITS, announced in a letter on September 20 that the parent company intends to avoid service duplication leading to competition between HKCTS subsidiaries and CITS. The merger in July has drawn much public attention, and the companies are taking steps to re-organize their operations.

It is stated in the letter that there are areas where the services offered by HKCTS-affiliated companies in travel services, duty-free shopping and tourism investments overlap with those of CITS’s, and the group will try to avoid competition between HKCTS and CITS through various means after the completion of its restructuring and stake transfer.

HKCTS will take measures to gradually drop the operations that overlap with CTS’s and  aim to eventually eliminate all duplications in five years. If new business areas of HKCTS potentially compete with CTS, CTS will have the priority to operate in those business areas.

The future directions of the two companies are defined as such that CITS will focus on tour operation and duty-free stores while parent CTS Group will concentrate on investments and strategies for cultural tourism, travel finance and property-related business. (Translated by Jerry) 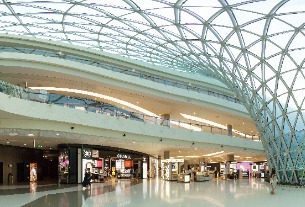