All figures below exclude eLong and include the impact from acquisitions, unless otherwise noted.

· Expedia added more than 13,000 properties to its global lodging portfolio, bringing its total property count to over 282,000 available on Expedia, Inc. sites, an increase of 23% year-over-year.

Hotel revenue increased 25% in the first quarter of 2016 on a 37% increase in room nights stayed driven by the inorganic impact of acquisitions as well as the healthy growth in Hotels.com and Brand Expedia, partially offset by a 9% decrease in revenue per room night.

· The company substantially completed migration of the Orbitz.com and CheapTickets.com websites onto the Expedia platform.

· Partnering with Uber and Citymapper API, Egencia now helps business travelers find their way by giving access to different ground transportation options all from one app.

·In February 2016, HomeAway completed the U.S. launch of both its traveler service fee as well as its Book with Confidence program offering enhanced traveler benefits and protections with every online booking.

· On April 28, 2016, HomeAway announced changes to its annual subscription offering in the U.S., the details of which are available at https://www.homeaway.com/info/media-center/press-releases.

· HomeAway updated its mobile offering, and now provides distinct standalone traveler and owner apps tailored to each individual use case.

· During the first quarter of 2016, Expedia added more than 13,000 properties to its global lodging portfolio. Expedia’s property count now stands at over 282,000 available on Expedia, Inc. sites.

· Expedia signed supply agreements with a number of airlines, including Frontier Airlines and SAS –Scandinavian Airlines, as well as a new global long-term agreement with Amadeus to provide comprehensive technology and Global Distribution System services. 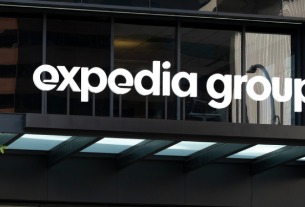