Qatar Air said that if American Air continues to fail to cooperate in areas such as inventory and aircraft parking spaces, thus curbing the growth of its Gulf rivals,it will split Oneworld alliance.

Qatar Airways said it may seek to form a breakaway group within the Oneworld alliance should fellow member American Airlines Group Inc. continue to lend its weight to a U.S. push to curb the growth of Gulf rivals.

Qatar Air, which joined Oneworld in 2013, won’t tolerate a situation where “conditions are no longer conducive to a fair business relationship and mutual respect,” Chief Executive Officer Akbar Al Baker said in an interview.

“We don’t get bullied by anybody,” he said at a briefing in Los Angeles, where Qatar Air began flights from Doha on Jan. 1. “If American does not want to work fairly with us, we will consult the others and we could form our own mini-alliance if we wanted to.”

While Al Baker has said before that Qatar Air could quit Oneworld if its partner continues to seek limits on U.S. access for Gulf operators, he hasn’t previously threatened to split the alliance. American Air, Delta Air Lines Inc. and United Continental Holdings Inc. all say Qatar, Etihad Airways and Emirates of Dubai have benefited from $42 billion in illegal aid and want air treaties revised.

Al Baker, who maintains that Qatar Air has received no questionable state support, said in Los Angeles that U.S. carriers have themselves benefited from a “legal subsidy” in the form of Chapter 11 bankruptcy protection, while Air France-KLM Group, another opponent, remains partially state owned and Deutsche Lufthansa AG has had government money in the past.

The CEO, known for a tough-talking approach that’s seen him ridicule manufacturers in public over the perceived shortcomings of their planes, said in June that American Air had also acted against the “spirit” of an alliance by failing to cooperate in areas such as inventory and aircraft parking spaces.

Oneworld has 15 airline members drawn from 13 companies. A schism could become a major issue for the biggest U.S. carrier should it come to involve British Airways, in which Qatar Air has a 10 percent stake via the U.K. company’s parent group IAG SA.

A joint venture between BA, the U.S. carrier and IAG’s Spanish Iberia arm on North Atlantic routes took more than a decade to win regulatory clearance and is regarded as one of the most profitable in the entire airline industry.

IAG last May submitted evidence to a federal government inquiry in which it disputed the claims of U.S. carriers, including American, saying that Gulf airlines are generally run along similar lines to competitors. Chief Executive Officer Willie Walsh says he began making the same argument in public well before the Qatar Air investment.

American Airlines CEO Doug Parker said in June that U.S. and Gulf airlines had “agreed to disagree” and that the matter must be left to governments. He said he hoped Qatar Air would remain within Oneworld, while describing the pact as “a marketing relationship that we view as separate from public policy.”

American has no comment on Al Baker’s statements, Casey Norton, a spokesman for the Fort Worth, Texas-based airline, said Wednesday.

Michael Blunt, a spokesman for the Oneworld alliance, said that American Airlines and Qatar Air are both “valued Oneworld partner airlines,” and that they continue to work with other members to strengthen the group and its customer offering.

Qatar Air already operates to New York, Washington, Philadelphia, Miami, Dallas and Houston, as well as Los Angeles, to be followed by Boston and Atlanta later this year. Flights to Detroit are being evaluated.

Qatar Air is progressing with plans for a “super premium” berth for business-class customers that would include more room and screening for privacy, as well as a new take on a lie-flat seat. The proprietary model, to be unveiled later this year, will mark a step change in travel and could be sold to other airlines, though will cost “an arm and a leg,” he said.

U.S. carriers such as Delta don’t aspire to the same standards. Qatar Air, rated the No. 1 carrier worldwide with the top first-class product by airline-review service Skytrax, has 175 aircraft and was the first customer for Airbus Group SE’s new A350 wide-body model. 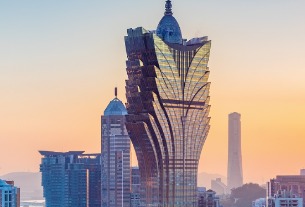 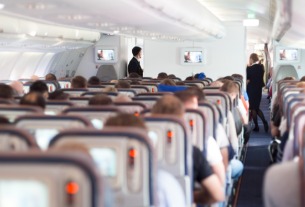 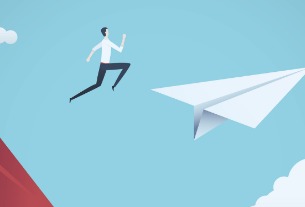