Home > > Looking back and ahead – ground transport’s next turn

Looking back and ahead – ground transport’s next turn

Funding in ground transportation industry was not highly expected by some investors, however, with the combinations of some taxi APPs, providing standard service of high quality, adding new booking services and new transport products, it is expected that the sector will experience transformation and maintain growth.

Here is part eight of our 12-section bonanza – ground transportation drives on.

There is no shortage of sceptics shaking their heads in amusement at the steady stream of billion-dollar investments in the ground transportation space. Just this week, for instance, Lyft said it aimed to pick up a $1 billion round.

But this nugget, in a Nov 18 Tnooz piece on Ola, put some meat on the bones of one of the lesser-known players, and wiped smirks off more than a few faces:

“Ola added that it is currently taking a million bookings a day and has grown by 30 times in the past year. It has 350,000 vehicles on its books and 78% of Indians who use smartphones to book a cab have its app on their device.”

So maybe those billions make sense, and the global battle between Uber ($8.2 billion raised) and the Lyft / Didi / Ola opposition (aka “Rides Everywhere”, with more than between $6 billion and $7 billion raised, in total) really will be worth watching.

It’s hard to imagine how much slicker the apps might get, although I wouldn’t be at all surprised if, sometime soon, cars start turning up outside my house right when I need them, without me needing to call. (Google, which reads all my email, does own a slice of Uber, after all.)

But how relevant is all this to the rest of the online travel sector? That’s unclear, as the use case for these services is completely independent of the rest of the travel booking process.

While flights, hotels and even, sometimes, tours and activities and restaurants are booked in advance, Uber and its competitors are inherently on-demand, and thereby disconnected from any pre-booked itinerary.

Perhaps the greatest effect that Uber, et al., will have is to raise the bar; once you’ve seen how easy it is to book an Uber, and the quality of service they deliver, you begin to wonder why all travel-related bookings and services can’t be this way.

The folks at Blacklane, Conxxe, Mozio, Jayride and others spend half their time explaining how they’re different to Uber.

The other half they spend enjoying the surge in popularity their services are enjoying, as more travelers get turned on to the idea of pre-booking an airport transfer, or other rides where they want the security of a confirmed booking ahead of time.

Slick apps and websites have helped this previously sleepy corner of the travel sector gain momentum, though it doesn’t come close to matching the frenzied activity that surrounds the on-demand players.

Blacklane, with $22 million in funding from Daimler and others, has made the biggest splash; its key selling point, besides global coverage, is delivering a consistent level of service in every location. This push to give customers confidence that they’ll get quality service no matter where they are on the globe is not original but it is certainly proving a winner for them.

There’s plenty of space in this market for multiple companies to enjoy success; right now they’re all rising on Uber’s tide, and can look forward to more growth in 2016. Not quite as stratospheric as the on-demand guys, but strong growth nonetheless.

GoEuro’s end-of-year announcement of a $45 million funding round has certainly got people talking.

Coming at the same time that Expedia announced a deal with Silverrail to integrate rail bookings into expedia.com, the deal raises interesting questions about the multi-modal space.

First among those questions is, “What happened to the early players in this sector?” Here’s a round-up:

•Zoombu was acqui-hired by Skyscanner early on, then seemingly forgotten. FromAtoB, Waymate, and Routerank were all well thought of but we haven’t heard much from them lately, suggesting they are either getting rich quietly, or have found it difficult to maintain traction.

•Wanderio, the Italian startup, has restricted its activities to the Italian market, which might prove to be a smart move if they can gain some early customer loyalty.

•Rome2rio (my company), with its search engine model, global coverage, and focus on building traffic and awareness of multi-modal search, grew from 3 million monthly uniques to 8 million by mid-year. It is staking out its own space without direct competition (not counting Google).

GoEuro’s approach couldn’t be more different. They are 100% focused, as their name suggests, on the vast European market.

Rather than focus on traffic, they’ve put their efforts into building API connections to the key transport operators, with booking capabilities where possible.

The market is huge and the rationale for investors is obvious, but Expedia’s recent tie-up with Silverrail must be giving GoEuro and their backers pause. The US giant can afford to play the 80:20 game, adding rail booking functionality for the handful of operators who carry the most passengers, and ignoring the rest.

That may well be enough to keep current customers on its site, and attracting new ones looking for a reliable place to book European rail.

In any event, we’re likely to see more investments and some acquisitions in this space during 2016.

The inherently multi-modal nature of Europe’s transport infrastructure — so different to the US market — suggests air-only search is on its last legs, and some combination of new players and new functionality on the established sites must emerge to meet consumer demand.

Definitely a “watch this space” sector.

Kevin O’Shaughnessy, the Dublin-based founder and CEO of Indigo, a technology that powers airport-to-city journeys worldwide and the CityHook app.

There are two things I love about landing in Dublin airport — the first is that there’s always a homecoming crowd for welcomes and that the chatty taxi drivers will catch me up on any “real life” news that I missed while I’ve been away.

Airports are at the intersection of “urban transport” and “transport on arrival” and a good way to quickly understand where “ground” has come in the last year.

The traditional taxi space is undergoing a noisy revolution while visionaries and disruptors are changing the landscape of everyday travel. One measure of this “revolution” status is the level of investment the market has seen.

If Lyft’s $1 billion funding mentioned this week goes through, that total will surpass $10 billion.

Uber’s popularity continues to grow with consumers as they bring new categories of transport products into everyday use, such as shared journeys and their UberX/UberPop products (a challenger to both public transport and local taxi alike).

Still, not every market is an Uber market: China has Didi; India has OLA; Russia has YandexTaxi and Istanbul BiTaksi, for example. GetTaxi continues to grow from its base in Israel.

These alliances can also be seen at the grass-roots level in many markets such as London with Kabbee, for example, working with fleets of minicab companies instead of recruiting drivers directly.

E-Cab, the alliance supported by Paris-based Taxis G7, has built partnerships in fleets across Europe and has recently set up a new HQ in London. A London-based stealth startup Karhoo raised $250 million to challenge Uber.

The advantage these alliances have over direct-to-driver apps is that they don’t have the same driver recruitment costs.

An acquisition in 2015 shows that the responses to new “taxi” apps isn’t only from existing taxi companies: One of the largest integrators of taxi fleets in the US, Curb (formerly TaxiMagic) was acquired by Verifone, the payments company.

This year, for the first time, Uber has begun to challenge the market share of the “yellow taxi” market, too — a drop of rider usage was recorded by the regulator.

Another feature of 2015 was impressive funding announcements from GoEuro, as well as continuing user adoption of Blablacar.

At the Phocuswright Conference in Miami in November, Nicolas Brunson shared data that showed that his service gives state-owned railway company SNCF little to worry about for now: its presence in the market has meant that there is a net increase in inter-city travel.

Fuelled by investment in 2014, Canada’s coach aggregator Busbud, France’s Capitain Train, and Melbourne’s Rome2Rio continued to dazzle us this year in coach, rail, and public transport — all with a travel industry twist. SilverRail also announced a major funding round in the “Big Rail” sector.

In Europe, new long-distance coach networks are flourishing, including the SNCF-backed OuiBUS. Meinfernbus/Flixbus picked up investment support in January 2015.

Urban transport is the “everyday” way of getting around. Part of getting around is also the “obvious gap” between home and the airport, especially in the pre-book market. 2015 also saw an investment in Cabforce, followed separately by acquisition by Irish car rental firm CarTrawler.

Mobacar, also based in Ireland, announced a strategic funding round and entry into the pre-book market for shuttle as well as car rental.

CarTrawler and Mobacar now join Mozio, Conxxe, JayRide and Indigo (my company) in the pre-book transport market, popular with airlines and other travel retailers.

Some of the pre-book players announced new products that allow for instant pickup. This gives, for example, airlines the option of turning their existing mobile apps into in-destination taxi apps, too.

What we’ve seen in the last year are early signals of a complete shift in the balance of public-vs.-personal transport. There are new ways of renting cars, getting picked up at the airport, hailing a friendly cabby, doing a quick run to the shops, or enjoying an elegant start to a night out.

Mobile is the kernel of change in transport for users. What we have is a complete shift in how transport is being distributed and used. The revolution is here and set to continue. 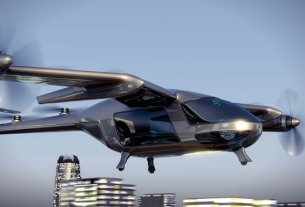