Beijing Century Mind Education, announced it completed a B Series financing worth an estimated one billion RMB. Ctrip had invested in its previous financing round.

Beijing Century Mind Education, a summer study camps provider, announced it completed a B Series financing worth an estimated one billion RMB. Ctrip had invested in Mind Education’s previous financing round. Its chairman Xuehui Wang said on November 9 that they expected to list on the New Third Board trading platform next July.

Mind Education’s CEO Jingkai Wang said that the low frequency and high prices of summer study camps contribute to a lack of product standardization and high dispersion of customers. Mind Education started operating summer camps by organizing tours of Tsinghua University and Peking University. It used a B2B model to help schools across the country to organize summer camps and gradually brought its camp products to various cities.

Mind Education’s cofounder and chairman Jinghui Wang is a graduate of Tsinghua University and is skilled at strategic planning and capital management. CEO Jingkai Wang is a Peking University graduate helped the company develop the market in Shanghai and is now in charge of operations management. The company’s president Yong Wang is the original founder and is also a Tsinghua University graduate and former chairman of the university’s 33rd student union.

Mr. Jingkai Wang said there are two reasons for the company’s transition to B2C. The first is to broaden its customer channel so as to lessen the effect of external factors on the business, as in the case of the fatal Air Asiana accident last year involving Chinese summer camp attendees.

The other reason is to forge a closer partnership with Ctrip and leverage the top OTA’s premier resources to assist the development of its own B2C operations in order to usher in a new phase of growth for Mind Education. Mind Education currently has 20-30 individual customer products and is seeing the number of its users almost doubling every year. It has set of target of having 5,000 users in 2016.

Mind Education is the largest study camp service organization in China and will collaborate with State institutions to establish industry standards for the segment. It will also have the advantage of assured safety management which is the biggest concern of the campers’ parents. For instance, the majority of its camp products use indoor or enclosed areas as venues and each camp is assigned a doctor and a counselor.

Mind Education has over 60 sales staff and agents to conduct offline marketing and develop channels while it will step up partnership with Ctrip to strengthen its online product marketing. It will also create Wechat groups for parents to conduct online marketing. The company plans to launch weekend travel products to supplement the low consumption frequency of its camp products in a bid to solve the issue of consumption concentrating in a particular time of the year.(Translation by David) 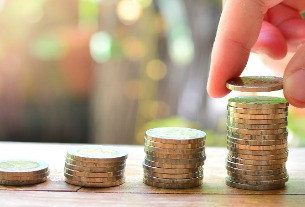