Home > > RMB devaluation to have limited immediate effect on tourism

RMB devaluation to have limited immediate effect on tourism

Although outbound tourism will be adversely affected by the RMB’s exchange rate if it continues to fall, immediate effects are expected to be limited.

Although outbound tourism will be adversely affected by the RMB’s exchange rate if it continues to fall, the immediate effects of the currency devaluation is expected to be limited. 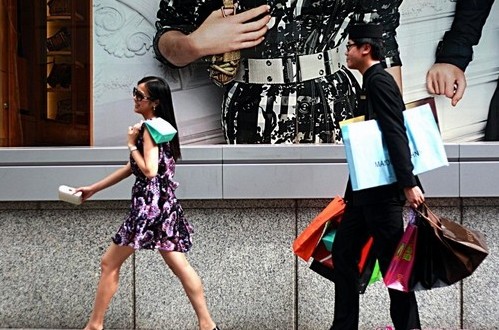 China’s economy is in the midst of a downturn as its GDP relies heavily on private sector exports from labor-intensive industry, so the devaluation of the RMB is aimed at boosting this sector by cutting their costs, increasing their competitiveness and enhancing performance, Ming Bai of the Ministry of Commerce International Trade Cooperation Research Institute said.

Industry observers say the price of tourism products will rise after the currency devaluation and this will have a more negative impact on overseas shopping by travelers. However, analyst Siming Liu said: “Demand for overseas shopping Chinese traveling abroad is high, so a 2% currency rate devaluation won’t be an issue for the wealthy class, and as prices are already so much lower abroad they will still attract plenty of customers.” Meanwhile he warns that things may take a turn for the worse if the RMB exchange rate continues to decline.

One resident Mr. Huang planned to visit the USA before September and said he won’t change his itinerary in spite of the added expense after the devaluation. “People planning trips right now might take the change into consideration though,” he added.

On the other hand, the flagging inbound tourism industry may benefit from the devaluation, “A 2% drop in the RMB exchange rate means prices of Chinese goods will also be 2% cheaper and this may boost inbound tourism,” Mr. Liu said.

Overseas study agency Jindongfang’s US study department chief Weiyong Zhang said the RMB devaluation won’t have a big effect on the numbers of Chinese studying abroad. “College tuitions in the US have already been going up in recent years and expenses have risen accordingly, so the slight increase after the devaluation is only a fraction of the total expenses that already range from hundreds to a million RMB.”(Translation by David)