The MOC still must investigate whether or not the Ctrip and eLong link up amounts to a monopoly.

The news that China’s top OTA Ctrip will acquire 37.6% equity in its rival eLong to become the latter’s largest shareholder drew widespread attention in the industry. As both are among the top three In terms of market share in hotel bookings, eLong’s acquisition by Ctrip has drawn accusations of monopoly and unfair limitation of competition in the industry.

The Ministry of Commerce (MOC) has said in a press conference that it still had not received Ctrip’s concentrated undertakings declaration or related documents, and all operators are required under China’s anti-monopoly law to meet the declaration standard set by the State Council and apply to the MOC before any mergers.

For its part, Ctrip considers its acquisition of eLong as merely an investment partnership and not a merger and therefore believes it doesn’t fall under the category of concentrated undertakings. However, the MOC still must investigate whether or not the Ctrip and eLong link up amounts to a monopoly, and the possibility of a MOC intervention casts a cloud on the future of the two OTAs and the possibility of seismic changes in the f of the online travel market.

In 2014, Ctrip, Qunar and eLong held market shares of 46.2%. 16.6% and 13.5% respectively of China’s online hotel bookings market. After becoming eLong’s largest shareholder, Ctrip will have a combined share of over 60% of the online hotel booking market, putting a huge amount of pressure on competitors like Qunar. As the financial backers of other OTAs will face a drop in profits, an acceleration in mergers and market redistribution is expected in direct response to the Ctrip and eLong link up before the MOC intervenes.

The major players presently in China’s OTA market are Ctrip, Tencent, Alibaba and Baidu. Ctrip has a controlling stake in OTAs like eLong, Tuniu and LY.com and offline suppliers like hotel management IT Jointwisdom. Tencent has a stake in LY.com, eLong, Lvmama, Woqu and Breadtrip. Alibaba has control of specialist OTAs Baicheng and Qyer, and Baidu controls Qunar.

As an emerging industry, the OTA market is still not fully matured and has gained notoriety lately for constant cut rate promotions and vicious competition. The MOC has duly noted Ctrip’s acquisition of eLong, and the degree of monitoring will heighten to keep the development of China’s OTA industry more standardized and create economic benefits,  at the cost of putting the industry players under pressure.(Translation by David) 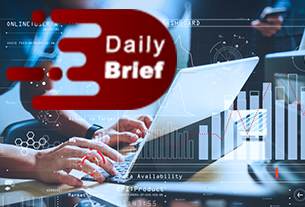