ChinaTravelNews - By its nature, the Apple Watch is meant for consumption of bite-sized pieces of information, in a fraction of a second. Chinatravelnews.com’s Ritesh Gupta talks to top two OTAs – Ctrip.com and India’s Cleartrip.com about their new apps.

Travellers today are being increasingly enticed with options to use devices and apps for their journey, and this means tech-savvy travel brands have to be proactive enough to capitalize on any arising opportunity. As seen in the case of recently introduced Apple Watch, there have been numerous apps launched by travel suppliers and intermediaries across the globe.

No one seems to be willing to play the waiting considering the impact that Apple today has on a consumer’s lifestyle. Be it for release of an updated operating system or a new device, travel companies take no time in responding to new developments featuring Apple.

Commenting on the new offering from Apple, Ctrip’s mobile engineering director Haoran Chen says, “Apple Watch is an attractive proposition for multiple lifestyle and social benefits.” For its part, Ctrip.com has launched the Chinese version of its Apple Watch app.

Even companies in other markets have a similar opinion.

Mumbai, India-based Subramanya Sharma,  chief marketing officer, Cleartrip says Apple’s user base and fan following is such that any new offering from them is bound to get significant traction from day one, especially from early adopters of technology. “Such early adopters also tend to spend heavily through online and mobile channels - exactly the kind of customers online travel companies want to target. So it makes sense for travel companies to think about Apple emerging offerings in advance,” he says.

Chen says the wearable device market is currently booming. He adds, “The product as such isn’t new, but the previous ones had their limitations. As for Apple Watch, the smart watch stands out for affordability, easy-to-use functionalities and travel brands also need to consider the fact it has the potential to be the number one wearable device across the globe,” said Chen, who shared that Ctrip’s new app is already featuring among the promising apps on the Apple website.

Companies believe that the new device can add a new dimension to travelling.

So what’s the primary benefit of this app at this stage?

It is being acknowledged that travellers will mostly use it to keep track of their flights, including gate info, flight status, or occasionally offers. So from the perspective of travel companies, the idea is to give users contextual, time-sensitive information just when you need it.

The new smart watch from Apple does make travelling more convenient, mentioned Chen, who is personally using the watch, too. Citing an example, he said the device is quite useful as one can chat or update status while travelling via dedicated apps for Instagram, Facebook and WeChat.

Cleartrip says a user of the new app can view the next upcoming trip up until 24 hours before departure. And when there’s just 24 hours to the flight’s departure, the glance changes to show the flight number, current flight status and updated departure time. The app also supports notifications, with a choice to be notified on the Apple Watch if a flight is delayed, rescheduled or cancelled by the airline.

Chen says the idea was only to keep the app simple, and complement the elegant design of the watch with app’s design and functionality.

“As per interaction with the team at Apple, it was clear that there was no scope for complexity in the manner in which information is being delivered,” he said. “We focused on keeping every interaction simple and overall design to be perceived as a beautiful one.”

Sharma said the biggest difference for Apple Watch as compared to other iOS apps was the team not having access to the actual hardware they were developing for. So the testing took place entirely on the simulator. However, once the app was ready, the team was invited by Apple to the Watch Labs at Apple HQ in Cupertino, CA to test on the actual hardware. Cleartrip was one of only a handful of companies in India to be invited for the Watch Labs, first to Cupertino and later to Hong Kong. “Apart from the lack of access to hardware, the biggest challenge was designing within the constraint of a 38 or 42 mm screen. Just shrinking the functionality of the iPhone app does not make sense. We had to think of use cases to give users the information they need, when they need it, in the most lightweight manner possible,” said Sharma.

He also adds that the biggest limitation is battery life. “At this point, there’s a certain fatigue that has set in with charging multiple device. Having another device that needs to be charged daily will only add to that fatigue,” said Sharma.

The number of units that Apple sells for any of its device means that there is an opportunity to make the travel seamless. As Chen says, if a user has downloaded Ctrip’s app on the iPhone, then Apple Watch would automatically install and sync the Passbook features. “In all, it’s clear that this new watch would be preferred over a smartphone for certain features during certain phase of travel – say at the airport. A brand stands to benefit as the level of interaction would go up considering the attractiveness of Apple Watch and the need to access certain information via your wrist,” Chen said.

Ctrip.com is open to introducing new features. For instance, as Chen says, the team is aware that certain hotel organizations have planned room-less hotel keys access via the new app.

“We are in discussions with our partners, and hope to launch such features that would enhance travellers’ journey further,” said Chen.

Chen does see the possibility of transactions happening on this device. “Firstly, Apple Pay is yet to be introduced in China. There are rumours that it might come here later this year. But going by the success of Apple Pay in the U. S., it does make for a case for payments via Apple Watch. Be it for paying for something at the airport or in-destination transaction, it can prove useful,” said Chen. But the key would be making it a simple task. And Chen is quite confident of achieving the same as and when the need arises. (Report by Ritesh Gupta) 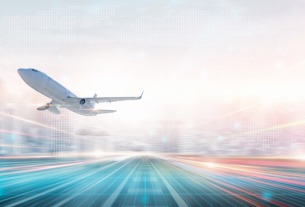