Greg Maffei, the current chairman of TripAdvisor and a former chairman of Expedia, recently commented on the TripAdvisor-Expedia relationship, characterizing it as “coop-etition.”

So Maffei knows something about complexity, and likewise feels that the relationship between TripAdvisor and Expedia Inc., which spun off TripAdvisor in late 2011, is “complicated.”

To say the least. 2022 is the year of the travel rebound – Tripadvisor report 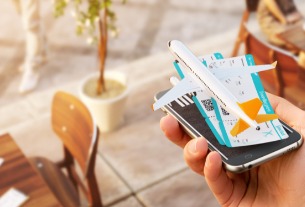 Travel subscription services are on the rise—but do they really save you money?
©2022 广州力矩资讯科技有限公司 粤ICP备06070077号
Tell us more about yourself!