Last year should set another record for the US cruise industry. And full steam ahead?

Last year should set another record for the US cruise industry. And full steam ahead?

"For 2007, new and refurbished ships will continue to raise the bar with even more innovative facilities and amenities; new ports of call are keeping itineraries fresh and exciting; and increased enrichment programming is completely in sync with today´s quests for experiential vacation options," according to Cruise Line International Association (CLIA).

Interest in cruise vacations has reached new heights, says CLIA.
A record number of ships - 100 - that have, or will, enter service between 2000 and 2010. Seven new ships debuted in 2006, and another nine are scheduled to launch in 2007.

With more than 150 vessels, carrying from as few as 50 guests to as many as 3,600, CLIA cruise lines appeal to multigenerational travelers, including baby boomers, families, newlyweds, Gen-Xers, seniors, first-time and repeat sailors -- and everyone else in between.

One trend noted by CLIA: cruise vacationers are choosing more often to upgrade to balcony and suite accommodations.

Another trend: purchasing itineraries that are longer and more often to exotic locales.

"Furthermore, the luxury cruise market is experiencing a renaissance, as legions of travelers seek out the posh amenities and facilities of these ships, as well as their innovative and far-flung itineraries," CLIA says.

More than 8.6 million passengers embarked on cruise vacations from US ports, which handled 75% of all global embarkations in 2005, representing an increase of 6% over 2004.

"With a 4.5% ship capacity increase, the number of guests boarding ships from U.S. ports continued to blossom in 2006, a trend that is expected to accelerate in 2007," CLIA says. 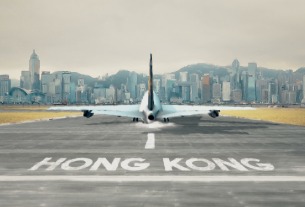