Hainan Provincial government plans to construct a 28 square kilometer large scale airport at Sanya with a projected investment budget of over 100 billion RMB.

On the 15th of September, CCTV News reported that the Hainan Provincial government has submitted plans to the State Oceanic Administration to construct a 28 square kilometer large scale airport at Sanya with a projected investment budget of over 100 billion RMB.

According to the Sanya Tourism Committee Resources Planning and Development Department, the Sanya New Airport Investment Construction Company will be the main investor for the project and has received state approval to begin. If the project is successful Sanya new airport will be China’s first island Airport.

However after interviewing sources in the Provincial and City government our reporter has found that the project appears to only be in the planning stage with no definite approval yet.

In 2012 the local government designated the Provisional Airport Industrial Zone in the Hong Tang Bay Tourism Zone as the site for the new airport with an area of 15,480,000 square meters available for construction.

The initial stage of the Island Airport project plan is to construct hotels, duty free shops, exhibition centers and a school on a landfill. The cost of the landfill alone will be 700 million RMB with a further six billion RMB for the facilities.Removing Sanya’s airport bottleneck

Sanya’s Phoenix Airport has one runway and has handled over 10 million travelers annually for the last four consecutive years. With the government policy to develop Hainan as an international tourist destination and an increasing number of international summits held in Hainan, tourism is looking to expand. However, because the shortage of runways at Phoenix Airport flights are often delayed or canceled discouraging tour operators from bringing more customers .

Why expand the airport complex to an island instead of build inland?

When choosing the location for the new airport, there were limited options around Sanya City due to rapid urban expansion. After much discussion the government finally decided that a landfill island was the best option.

At the same time of Hainan’s Announcement, Dalian International Airport Group revealed to the media that in five years they will complete the world’s largest landfill island airport outside Dalian City. Construction on Changhai Airport, which will have four runways, has officially begun this year with an investment of several hundred billion RMB. The landfill phase of the construction has already been completed. (Translated by David) 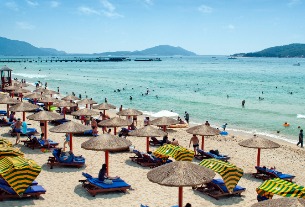 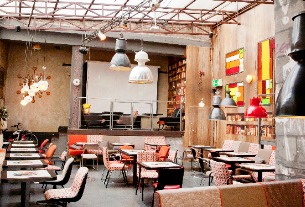