Home > > Royal Caribbean gets leg up in China with Ctrip deal

Royal Caribbean gets leg up in China with Ctrip deal

The sale of the Celebrity Century to the Chinese travel agency Ctrip opens a second way for Royal Caribbean Cruises Ltd. (RCCL) to develop a passenger business in the world’s most populous country.

Starting next year, the 19-year-old Century will sail for a new venture owned by Ctrip, a Shanghai-based online travel agency (OTA) that also supplies travel products and services.

In a statement, Ctrip said an affiliate will own the Century and that the affiliate will form a joint venture with RCCL to manage the ship’s operations. The companies have a memorandum of understanding to set up the venture “and potentially broaden the relationship,” the statement said.

While RCCL will recognize a $20 million loss on the ship’s disposal, company Chairman Richard Fain nevertheless called the sale “an excellent business opportunity for both Royal Caribbean and Ctrip” that will generate “strong value for both companies’ shareholders.”

RCCL had previously decided to get rid of the Century, the last remaining ship in Celebrity’s Century class. At one point, it appeared bound for a French cruise line owned by RCCL that operates two other former Celebrity ships.

RCCL already is marketing several ships to Chinese passengers, including the Mariner and Voyager of the Seas. It is raising the ante in the Chinese market next year by deploying its newest ship, Quantum of the Seas, for year-round sailings from Shanghai.

Having the Century in China at the same time will offer a lower price point on a smaller ship for the new joint venture, which will take delivery of the ship in April after it completes its scheduled cruises for Celebrity.

Matt Jacob, an analyst with ITG Research in New York, said the sale of the ship into a less-developed market makes sense at this point in its life.

“Royal Caribbean is looking at this deal as allocating its ships in the best possible manner,” Jacobs said. “They believe the Chinese market represents a great opportunity, and this is another way to get exposure to that market.”

As Europe has evolved over the past decade, older tonnage sent there is competing against new ships. But that’s not the case in China.

“There’s an opportunity to take a ship that might not be viewed as competitive in the more saturated markets and position it for the Chinese market where the requirements and desires of that clientele at this stage are not as developed or as stringent,” Jacob said.

RCCL did not disclose the sale price, but one analyst estimated it at $157 million.

If the price was at or above the market for such ships, disposal at a loss could still be a win, Jacob said. “Although they’re taking an accounting loss, this I imagine is the highest-yielding use they have for that ship at this time.”

In 2012, Priceline invested $500 million in Ctrip, calling it the “clear leader in online travel in China.” The OTA offers an English-language version of its website to promote U.S. travel to China and is already active in selling cruises to Chinese passengers.

In announcing the acquisition of the Century, Min Fan, vice chairman and president of Ctrip, said, “As the largest cruise agency in China, Ctrip has sent over 120,000 guests to cruise trips so far and acquired more than 10% of market share in China.”

Addressing this deal specifically, he added, “Ctrip will capitalize on our strong brand, large customer base and superior service quality, as well as our partner’s extensive cruise operating experience to generate great value to our customers and shareholders.”

The Ctrip deal resembles one RCCL formed with German travel conglomerate TUI AG in 2009. The two companies formed TUI Cruises after TUI acquired the Celebrity Galaxy, another Century-class ship, to cater to the growing German market under the name Mein Schiff (My Ship).

TUI Cruises later acquired the Celebrity Mercury and this year took delivery of its first newbuild, the 100,000-gross-ton Mein Schiff 3.

RCCL’s deal with Ctrip is in the early stages and hasn’t gone beyond an agreement to jointly manage the Century. An RCCL spokeswoman said the companies are still in discussion about what else their cooperative venture might entail.

Peter Whelpton, a consultant in Gainesville, Fla., and a former RCCL executive, said that in his experience, Chinese companies prefer becoming partners with U.S. businesses rather than selling them services.

Whelpton said he was part of a group that raised money in China to start a cruise line there. “Everything we attempted to do in China, we were told, ‘We’ll be your partner,’” he recalled.

Whelpton added that RCCL is pursuing a familiar model by selling the aging Century to a foreign buyer. “They started the same way with Pullmantur,” he said.

The Century will continue its scheduled sailings through the March 22 itinerary. A final 15-night trip from Dubai to Rome is being changed to a 14-night sailing ending in Singapore. From there, the ship will be renovated and altered for the Chinese market before redeployment later in the year. 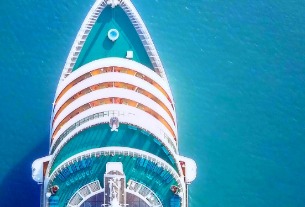 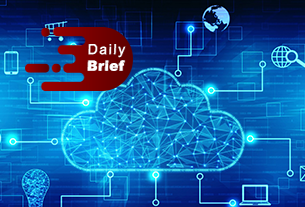 The cruise-ship industry seeks to refloat
©2020 广州力矩资讯科技有限公司 粤ICP备06070077号
Tell us more about yourself!