Yet more legal shenanigans from the US with American Airlines filing an antitrust action at Travelport and Orbitz over the ongoing Direct-Connect issue.

Yet more legal shenanigans from the US with American Airlinesfiling an antitrust action at Travelportand Orbitzover the ongoing Direct-Connect issue.

The carrier, which has been involved in a dizzying array of legal actions with the pair over recent months, issued the complaint filed in a federal court in Texas, US, late-yesterday citing concerns over the anticompetitive nature of the GDS and online travel agency’s distribution agreements.

Orbitz has hit back in a statement issued this morning, claiming the suit is “baseless” and the “latest in a series of tactics to force Orbitz to adopt an airline ticket distribution model that limits consumer choice and inhibits competition”.

Read the full story at: http://www.tnooz.com/2011/04/13/news/american-airlines-throws-monopoly-lawsuit-at-travelport-and-orbitz/ 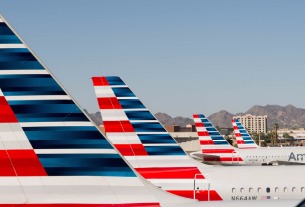 US airlines waive cancellation fees for South Korea flights as virus spreads
©2020 广州力矩资讯科技有限公司 粤ICP备06070077号-2
Tell us more about yourself!