Chinese airlines plan to operate 360,509 flights in August, the fewest since February.

The delta variant of Covid-19 is scything through aviation just as key markets were getting back on their feet.

In the U.S., Southwest Airlines Co. is blaming the delta strain for a rash of canceled bookings and a slowdown in demand that may push it and several others to quarterly losses. After leading the industry’s recovery for much of last year, China is in retreat with airlines offering the fewest seats in six months as authorities attempt to stamp out an outbreak. Australia’s carriers are also in reverse with more than half of the country in lockdown.

“There is every chance the delta variant will dampen any recovery,” said John Grant, chief analyst with OAG. If there is progress, it will be “stop-start” as outbreaks make governments nervous about opening borders, he said.

A rare bright spot is Europe, the only place where so-called vaccine passports are widely used. The continent was an aviation laggard for most of 2020 as it floundered under infection waves, but airlines such as Ryanair Holdings Plc are now capitalizing on high inoculation rates and providing more flights. 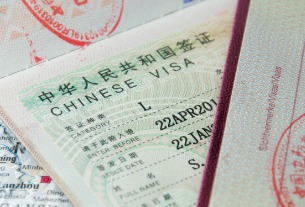