Hilton Worldwide did not immediately respond to emailed requests for comment. A bipartisan U.S. congressional commission has called on Hilton Worldwide not to allow its name to be associated with a hotel project on the site of a mosque bulldozed by authorities in China's Xinjiang region, where Washington says minority Muslims have been victims of genocide.

In a letter on Thursday to Christopher Nassetta, president and CEO of Hilton Worldwide Holdings Inc, Democratic Senator Jeff Merkley and Representative Jim McGovern raised concerns about reports that a Hampton by Hilton hotel was being constructed on the site of the mosque destroyed in 2018 in Xinjiang's Hotan prefecture.

The letter, a copy of which was made available to Reuters, was co-signed by the senior Congressional-Executive Commission on China Republicans, Senator Marco Rubio and Representative Jim Smith.

Hilton Worldwide did not immediately respond to emailed requests for comment. 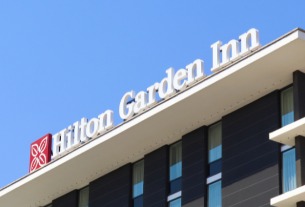