Places like the U.K., U.S. and Japan are currently designated “high risk,” while six nations including India are judged “extremely high risk”.

Hong Kong will shorten hotel quarantine for fully vaccinated travelers from most places to seven days as long as they pass an antibody test, people familiar with the matter said, easing a border policy which has been criticized by residents and the city’s powerful finance industry for being among the strictest in the world.

Authorities are now trialling various antibody tests -- which are meant to confirm that a person has been vaccinated or has recovered from Covid-19 -- like those that require a prick of the finger, said the people, who asked not to be identified as they’re not authorized to speak publicly.

There’s been no decision on when the policy will take effect as it depends on when the testing facilities are ready, the people said. Those coming from “high-risk” locations where outbreaks are uncontrolled won’t be included in the plan, said one of the people.

Places like the U.K., U.S. and Japan are currently designated “high risk,” while six nations including India are judged “extremely high risk,” with travel banned from these locations. The list is updated regularly. 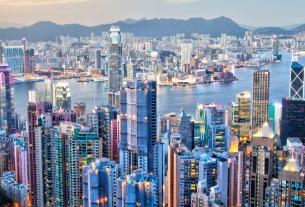 Hong Kong faces ‘tough balancing act’ as it looks to ease some border restrictions, official says
©2022 广州力矩资讯科技有限公司 粤ICP备06070077号
Tell us more about yourself!