Expedia and Marriott are among the companies rethinking their marketing as consumers get vaccinated and travel and tourism demand grows.

A new ad from Expedia today will kick off the online travel company’s most expensive brand marketing effort in five years. In the ad, actress Rashida Jones embodies Expedia as a companion for a woman traveling alone to a foreign country. Ms. Jones transforms the traveler’s sad hotel room into a larger, more pleasant space with a snap of her fingers, and helps remove her from a precarious situation involving women taking selfies.

The marketing effort, which also includes the introduction of new trip insurance and itinerary-planning products, was inspired by research showing not only rising demand for travel as restrictions from the pandemic abate, but also consumers’ desire for travel companies to provide more than deals, said Shiv Singh, senior vice president and general manager at Expedia, a unit of Expedia Group Inc.

“The travel space in some regards was more-transaction oriented. It was where you find the best deal, you go for the cheapest ticket,” said Mr. Singh. “That’s changed now. People think about value differently.”

Expedia’s campaign will not be alone: Airings of TV commercials promoting travel websites have more than doubled in the 50 days ended April 12, compared with the previous 50 days, according to media measurement firm iSpot.tv. Other travel and tourism marketers are also ramping up their marketing as the industry moves to reassert itself after a year of lockdowns and limits on movement.

They are re-evaluating and recalibrating their pitches in the process. Some brands are delivering messages about safe gathering, while others are focusing on promotional ads that feature deals.

“In the past 13 months we’ve seen a completely unprecedented slashing of advertising budgets in the travel industry,” said Kevin Kopelman, an analyst at financial services firm Cowen who covers online travel companies and hotels.

But a recent increase in demand has been driving travel organizations to boost their marketing spending—although not necessarily to pre-pandemic levels—while thinking strategically about striking the right tone in their messaging, Mr. Kopelman said.

A campaign from Expedia Group’s Vrbo that began running in December, for example, encourages families to gather again without mentioning the pandemic that has kept so many apart. For families stuck at home together during the pandemic, on the other hand, Universal Orlando Resort is running a commercial offering 40% off to lure them back out.

Expedia described its new marketing push as a shift from its messaging in recent months, when it tried to strike a more inspirational tone. One cheery TV ad that aired in March showed an animated couple whose furniture morphs into travel experiences.

Marriott International Inc. spent the first quarter of this year posting content on social media meant to keep consumers dreaming of travel, and running automated digital ads to capitalize on any new demand.

Now the company will shift its focus to brand marketing that can drum up demand, said Brian Povinelli, senior vice president of brand, loyalty and portfolio marketing at Marriott International.

“More than ever, the last 12 months has challenged us to be much more flexible and nimble in our marketing approach and execution,” Mr. Povinelli said in an email.

“These industries and these states’ destinations and hotels—they’ve been hurting badly for the last 12 to14 months and need revenue now,” Mr. Leikikh said. Promotions that feature deals can generate revenue while also building brands over time, especially with “stimulus flowing from the government and people going back to work,” he said.

Some tourism and entertainment organizations are reviewing agencies that can support their advertising or media needs. Las Vegas Convention and Visitors Authority and Visit California are running processes to hire new agencies, according to people familiar with the matter. The concert giant Live Nation is also running a process to hire an agency that can service its $130 million media account, people familiar with the matter said.

“Everybody is trying to figure out how to get into the market first with the right message,” said Casey Burnett, managing partner and founder of marketer and agency search consulting firm Burnett Collective. “It’s all about market share.” 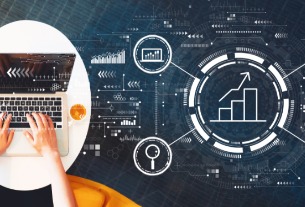 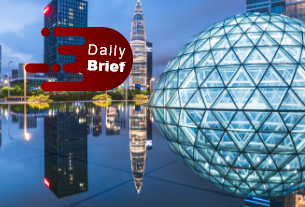 9,700 tourists stranded in Inner Mongolia after coronavirus outbreak
©2022 广州力矩资讯科技有限公司 粤ICP备06070077号
Tell us more about yourself!