Home > > Huazhu Group aims to be bigger, gears up for a brighter future

Huazhu Group aims to be bigger, gears up for a brighter future

The Chinese hotel company has carved out its strategic focus for 2021, built on property expansion, strengthening bonds with existing and new customers, both backed up astute data strategy and digitization project.

ChinaTravelNews, Ritesh Gupta – Huazhu Group has laid out a comprehensive plan as part of its overall strategic focus. The approach of the group, especially sustained investment to support hotel network expansion in the second half of 2020 plus its decision to augment its brand presence in the lower-tier cities, underlines the core team’s faith in the long-term growth potential of China’s lodging industry.

The indigenous multi-brand hotel group referred to rapid expansion of quality hotel network plus emphasis on multi-dimensional direct sales and building on its global technology platform during the Q4 earnings call.

Expansion just not about speed or numbers

“We continue to emphasize our China focused strategy,” Ji Qi, Executive Chairman and CEO of the group, during the earnings call. Huazhu reiterated that the group is confident of achieving a target of 10,000 properties by 2022 and also indicated during the call that the figure is expected to touch 15000 over the next five years.

On the future, Qi said, “…will not only focus on speed but also on quality just like we've seen before.”

In order to work on the same, Huazhu referred to four dimensions – keeping guests satisfied (in this context, customer experience is to be based on the rating of customer plus has the minimum requisite standard for safety and cleanliness) and employees happy (nurture the staff, offer opportunities etc.), profitability of franchisees and enhance in-hotel membership development under CRS equilibrium.

As for the role of franchisees, the team described them as the main cornerstone of the business, supporting them for profitability. The impetus is being given to data owned by the group, for instance, working out an apt location for a property, for diligent investment and also property’s gross operating profit (refers to operational profitability of a property).

As per the breakdown of the properties, in the first quarter of last year, the company had 5830 hotels. Tier-1 cities accounted for 21% of the total figure, tier-2 had 43% and tier-3 and below cities had 36%. Over the next three quarters, even as the expansion continued with the opening of new properties, the percentage remained the same for tier-1 cities. In case of tier-2 cities, it came down to 42% whereas for tier-3 and below cities it rose up to 38% by the end of the year.

In all, Legacy-Huazhu (excluding overseas subsidiary Deutsche Hospitality) had 6,669 hotels in operation, including 681 leased and owned hotels and 5,988 manachised hotels and franchised hotels.

“From the pipeline of hotels, the contribution of hotels from tier 3 and below cities increased to 52% in the fourth quarter from 45% in the first quarter,” said Hui Jin, President, Huazhu Group. “…we (currently cover) 734 cities and if we add pipeline hotels, the coverage increased to 932 cities.”

Jin also mentioned that the growth potential is “promising’ across all the categories, not only restricted to the upscale category but also economy and midscale ones as well. “…as we penetrate into the lower-tier cities, the majority of the development will be focused on midscale and economy and we will add more upscale hotels in the Tier 1 and Tier 2 cities,” said Jin.

The formation of a joint venture with Sunac China was also announced recently. The majority of the hotels to be managed by the venture are intended to be upscale or above, full service hotels.  Huazhu asserted that the cooperation will enable it to quickly build its presence and brand reputation in upscale hotel segment for Blossom House and Steigenberger Brands. Huazhu will charge service fees on the services provided to the hotels developed and operated by the JV. The JV is targeting to sign up no less than 200 hotels in the pipeline in five years.

“We expect this JV not only to work on their current portfolio of Huazhu-Sunac (but) there will also be more collaboration with other real estate developers,” said Qi. He added, “The estimation of opening of a luxury hotel, upscale hotel is a little bit hard to update right now because it takes a longer time to finish the construction and (evaluate) the RevPAR. So we'll provide more detailed and accurate estimation later on.”

Despite the extremely tough phase owing to the pandemic that started last year, Huazhu still managed to stretch its membership base from around 150 million by the end of 2019 to near 170 million in 12 months. The team stated that their astute direct sales capability was also one of the critical factors behind such strong and better than industry recovery during 2020.

Emphasis is on using the prowess of the QR Code to let one become a member for using various offerings of the hotels. This encompasses various phases - before check-in, during the stay and post check-out phase. “We will launch our H-World, the new version, we call it Version 3.0 app in (the coming days),” shared Xinxin Liu, Chief Digital Officer of Huazhu. A new interface has been worked upon for a better user experience (UX) and in terms of tangible benefits, members of the app are going to be offered more privileges, better CX via value added services etc. “Comparing to the older versions, the new app will provide more membership privileges, more efficient services through embedding innovative functions, such as online check-ins and more value-added services, such as remote room facilities to come true and those newly added functions in the upcoming new app. We will be targeting to further improve our user experience and hence higher repurchasing rate,” said Liu.

Huazhu is now serving a bigger pool of corporate members.

Referring to DH digitalization, the group shared that this project continues to move along.

Under the one platform idea, the objective is to ensure a seamless guest journey, efficiency-driven hotel operations and a centralized business model globally.

Various aspects of this project are at various stages. For instance, a consolidated infrastructure for technology and operations and one channel for direct sales are 60% complete. One CRS for central distribution cost savings is 80% done. 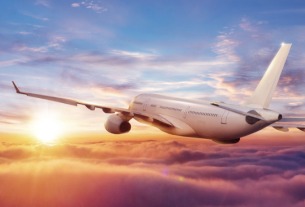 China could move away from zero-Covid strategy ‘in the near future,’ top scientist says