Loss-making Cathay Pacific Airways gambled for far too long and far too much on fuel hedging, as oil prices fell from their 2008 peak, says Dr Chek.

He says that Cathay, which hedges up to 80 percent of its oil needs, should cut the ratio to as little as 20 percent, pointing out that several Chinese airlines don’t hedge oil prices at all.

Meanwhile, he expects Baidu’s share price to rise above its all-time high as it may be included by major share indices soon after its debut in Hong Kong, similar to other secondary-listed titans like JD.com (9618) and NetEase (9999). 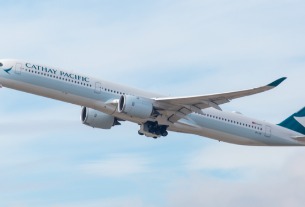