Per the head of the country's Center for Disease Control, China aims to vaccinate 900 million to 1 billion people by mid-2022 with four approved vaccines. China is aiming to vaccinate 70-80% of its population by mid-2022, the head of the country's Center for Disease Control said Saturday.

With four approved vaccines, China will vaccinate 900 million to 1 billion people, Gao Fu, the CDC head, said in an interview with Chinese state media broadcaster CGTN. “We hope that China can take the lead in achieving herd immunity in the world,” he said.

Herd immunity occurs when enough of the population has immunity, either from vaccination or past infection, to stop the uncontrolled spread of an infectious disease like COVID-19.

China had administered 52.5 million vaccine doses through the end of February. It has been slower in its vaccination campaign than many other countries, including the U.S., government health experts have acknowledged. China has committed roughly 10 times more doses abroad than it has distributed at home.

Although emergency vaccinations have been underway in China since at least last summer, the country has been slow to announce whether it had any plans to achieve herd immunity.

It has approved four domestically made vaccines: two from state-owned Sinopharm, one from Sinovac, and another from CanSino. None of the four vaccines have publicly released their final stage trial data.

China announced on Friday that it would waive a COVID-19 test and health form requirement for foreigners applying for visas to the mainland from Hong Kong if they have been vaccinated with a Chinese-made vaccine.

Aside from a vaccination certificate, non-Chinese nationals just have to provide the same amount of paperwork as they would before the pandemic, the Ministry of Foreign Affairs' office in Hong Kong said. It also expanded the group of people who were eligible to apply for an emergency humanitarian visit, so that those who want to visit relatives may also apply.

All other applicants had to follow existing visa procedures. It did not say that the loosened restrictions applied to those who had taken non-Chinese made vaccines.

This past week, China's Foreign Ministry launched an international travel health certificate that includes a COVID-19 test and serum antibody results, as well as vaccination and other health information. It is unclear how it will be implemented. 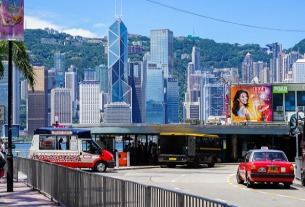 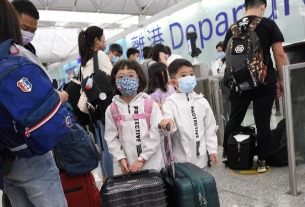