This time last year China’s international capacity was around 12% of all seats offered; this week it is just one percent. 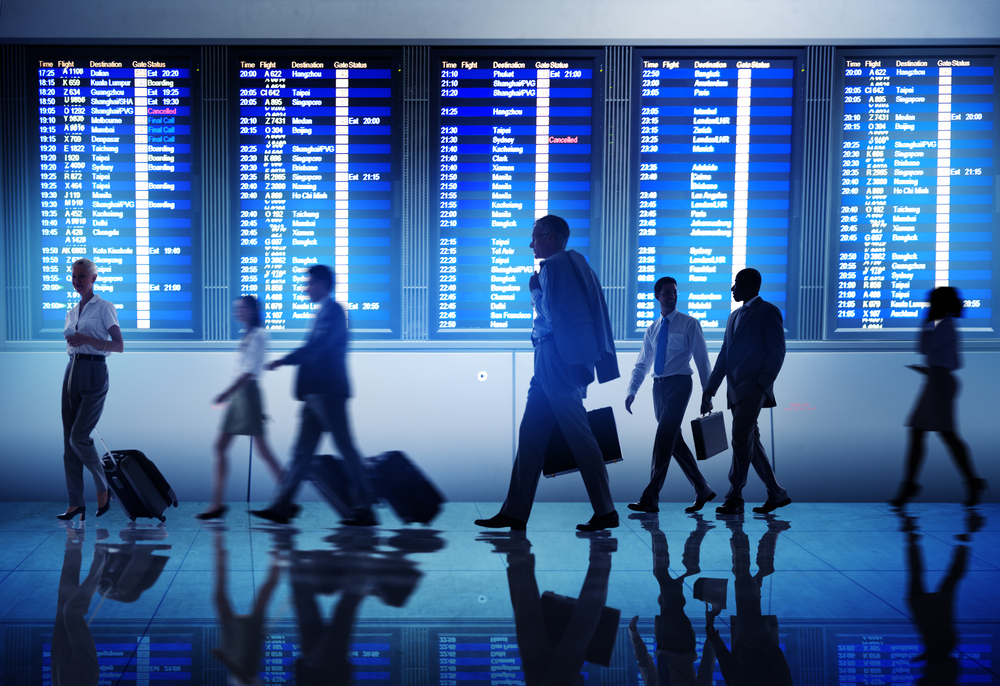 It is another tough week for the industry so apologies in advance for the depressing news but just remember, 2021 will be a year of two halves and the second will be a lot better than the first.

The second full week of January shows a loss of four million seats week on week or nearly 7% of global capacity as a series of lockdowns are put in place around Europe which in turn has created a ripple effect into other smaller regions that are dependent on Europe for large parts of their capacity. Airlines are still grappling with the latest series of changes and we will highlight those in more detail later in the blog; we like to keep the best parts to last!

The chart below is a new version of the previous data we have shown here consolidated into a monthly format with year-on-year comparison for the next few months ahead. January 2021 is currently standing around 47% below last year and since we are only reaching halfway through the month that will slip further back as a combination of airlines are still working on changes and further travel restrictions are imposed. What is clear is that against a backdrop of little expected improvement in market conditions before the end of March there are over 350 million further scheduled seats to be removed by airlines around the world. 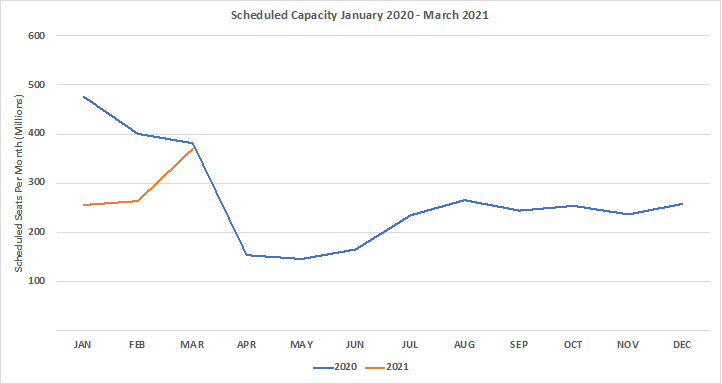 The speed with which most airlines have responded to the lockdowns in Western Europe is reflected in a 25% reduction in capacity week on week which leaves the region with just over 25% of the capacity operated this time last year. A loss of some 1.5 million seats in a week is staggering and with a further 580,000 from Eastern Europe disappearing then the expectations for the next few months are grim.

China remains the one market where capacity is close to historic levels although the mix of that capacity has changed dramatically; this time last year some international capacity was around 12% of all seats offered; this week it is just one percent. With the Chinese New Year a few weeks away a forward look at capacity suggest that further capacity growth is planned by many of the major domestic carriers but current concerns around another spike of infections could see that capacity fall and travel restrictions put in place.

If there is one bright spot, it is Australia which has now entered the top ten with some additional 50,000 seats week on week taking the country to around 46% of its normal levels. With Qantas now loading schedules for international flights in the second half of the year there is at least some hope of a longer-term recovery in the market.

In Western Europe is the largest loser of capacity week on week with over 350,000 scheduled seats wiped out and that is before the impact of Storm Filomena is added to the equation. By comparison the loss of some 260,000 seats in the UK market seems minor although for some smaller regional airports the loss of what services they did have is forcing short-term closures through to April.