The private accommodation segment will continue to thrive, with more funding likely to be ploughed into startups in the space. In many ways, any announcement of a startup getting funding in recent months has been a symbol of hope.

Phocuswright’s recently released annual State of Travel Startups report reveals a 50% decrease in the number of debut funding rounds in the first half of 2020.

While taxi-hailing and ride-share businesses attracted a lot of attention from the venture capital community last year, 2020 has been more about the last-mile startups.

Voi has company in the micro-mobility segment, with TIER following up an investment of $100 million, announced in February, with a further $250 million Series C in November.

Even before the pandemic hit, the drive from consumers for easily accessible transport such as bikes and scooters was lifting the ground transportation segment overall, with Bengalaru-based Bounce attracting $105 million in January.

The venture capital community remains positive about the private accommodation space, which has been a shining star over the course of the pandemic in terms of demand.

The demand is predicted to continue, with online travel companies such as Booking Holdings, Expedia Group and Tripadvisor considering the ongoing opportunity and getting more supply onboard.

In terms of funding rounds in 2020, Airbnb secured $1 billion in April, Sonder raised $170 million in June and Mexico’s Casai announced $48 million in October.

TripActions maintained its funding momentum with the announcement of a $125 million round in June, having announced investment of $250 million a year before and $154 million in November 2018.

Others in the space have also managed to close rounds, with Comtravo and Lanes & Planes, both based in Germany, announcing €9 million and $10 million in funding, respectively.

Meanwhile, Shanghai-based Huilianyi revealed a $42 million investment in March and could be well-positioned to benefit from the already-recovering travel market in China. 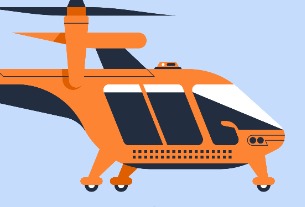