China says it will take necessary countermeasures after U.S. visa restrictions on officials

China said on Tuesday that it would continue to take necessary countermeasures to defend its legitimate rights and interests in response to additional visa restrictions by the U.S., according to the Chinese Foreign Ministry.

The U.S. imposed additional visa restrictions on some Chinese officials on Monday over alleged human rights issues, according to a statement by the U.S. State Department.

"Family members of such persons may also be subject to these additional restrictions," read the statement.

At a regular press briefing, spokesperson Wang Wenbin urged the U.S. to retract the visa restrictions, and said that China will come up with countermeasures depending on how the U.S. acts.

The U.S. move came less than one month after it announced new visa rules that limit the duration of travel visas for members of the Communist Party of China (CPC) and their immediate families. 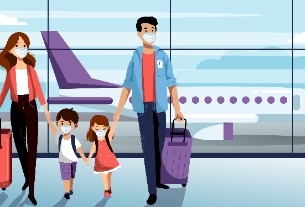