Nine of the top ten global markets are reporting week on week growth and over half of those markets are at double digit levels. Second guessing global capacity has been difficult this year and the last few weeks have seen us settled at around 55 million seats a week although with numerous fluctuations in regional markets. So quite how in the last full week before the year-end holidays we have a near 9% increase in capacity and some 4.8 million seats week on week; maybe there is a Father Christmas after all!

This week’s capacity levels are the highest since the week of the 3rd August when the sun shone, airlines were adding capacity back at a rapid rate and much of the globe seemed to have worked its way through the first wave of the pandemic. Quite what we can make of the increased capacity we can see this week and much more importantly the anticipated demand is anyone’s guess. Current capacity filed for next week suggests a week of over 62.5 million; could we really hit such giddy heights?

There has been quite a bit of positive news across the aviation sector in the last seven days. More countries have approved and started immunisation programmes, lockdowns have been at least in the short-term eased and Singapore is once again attempting a travel corridor; this time with Taiwan. Increasing confidence of a recovery in the second half of 2021 is being discussed in many circles although the first quarter of 2021 has the potential to be tougher than my steak this weekend!

Delta Air Lines must have been aware of American Airlines adding back some 240,000 scheduled seats this week since they also added some 170,000 seats to ensure they maintain the world’s largest scheduled airline. Southwest Airlines have in the past few months adjusted capacity on a week-by-week basis responding to seasonal holidays and subsequent changes in expected demand; a capacity increase of 23% this week just highlights that flexibility.

Last week when capacity had settled around 55 million it felt that there was little scope for growth before the year end, how wrong we were! Demand remains the great unknown for many and the danger remains capacity building too quickly in the hope of demand following. With average fares appearing to be falling as carriers seek to stimulate demand the tightrope of revenue management will be crucial for many; let’s hope those airlines have enough of a safety net in the coming weeks. 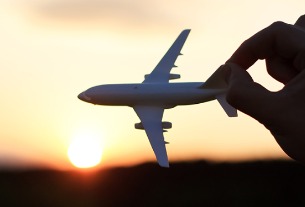 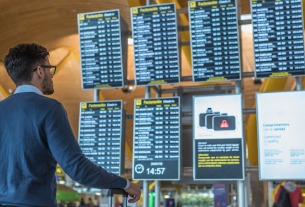 OAG: Small really is beautiful this week
©2020 广州力矩资讯科技有限公司 粤ICP备06070077号
Tell us more about yourself!