Huazhu is now worth USD 16bn, behind only Marriott and Hilton Worldwide among the world’s listed hoteliers. Covid-19 has, received wisdom has it, been terrible for hotels. The share prices of the eight biggest listed Western groups by room count have slipped by 14%, on average, this year. The glum consensus is, though, being challenged by two big Chinese chains. Both are enjoying resurgent demand for domestic travel as China has tamed its epidemic. And strength at home is fuelling ambitions abroad.

Jin Jiang, the world’s second-biggest hotel firm by capacity, boasted an occupancy rate of 74% in the third quarter, in line with last year and more than double that of its bigger rival, Marriott International. Its market value has soared by three-quarters this year, to USD 6.4bn, above better-known Asian brands such as Shangri-La and Mandarin Oriental. Huazhu, which like Jin Jiang is based in Shanghai, saw revenue per available room recover by 40% from the second quarter, to RMB 179 (USD 27). The group is now worth USD 16bn, behind only Marriott and Hilton Worldwide among the world’s listed hoteliers. 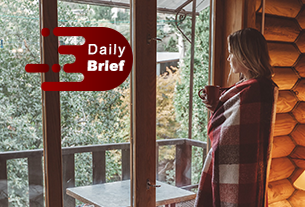