>> Universal Beijing Resort announced that it has signed the first 21 distribution partners including Meituan, Qunar and Ctrip. The resort has also debuted its flagship store on Ctrip, which will offer consumers a limited number of prioritized packages during Nov 16-18. Last year, Universal Beijing Resort formed a strategic partnership with Alibaba and launched its first flagship store on Fliggy.

>> Shanghai’s hotel market will keep growing in the coming years and already has over 12,000 additional rooms in the pipeline, according to data from the TOPHOTELPROJECTS construction database. A total of 49 hotel projects with 12,059 rooms are currently on the books in Shanghai. Of Shanghai’s 49 hotel projects, 27 will be in the four-star category, while the rest will be in the five-star luxury segment. 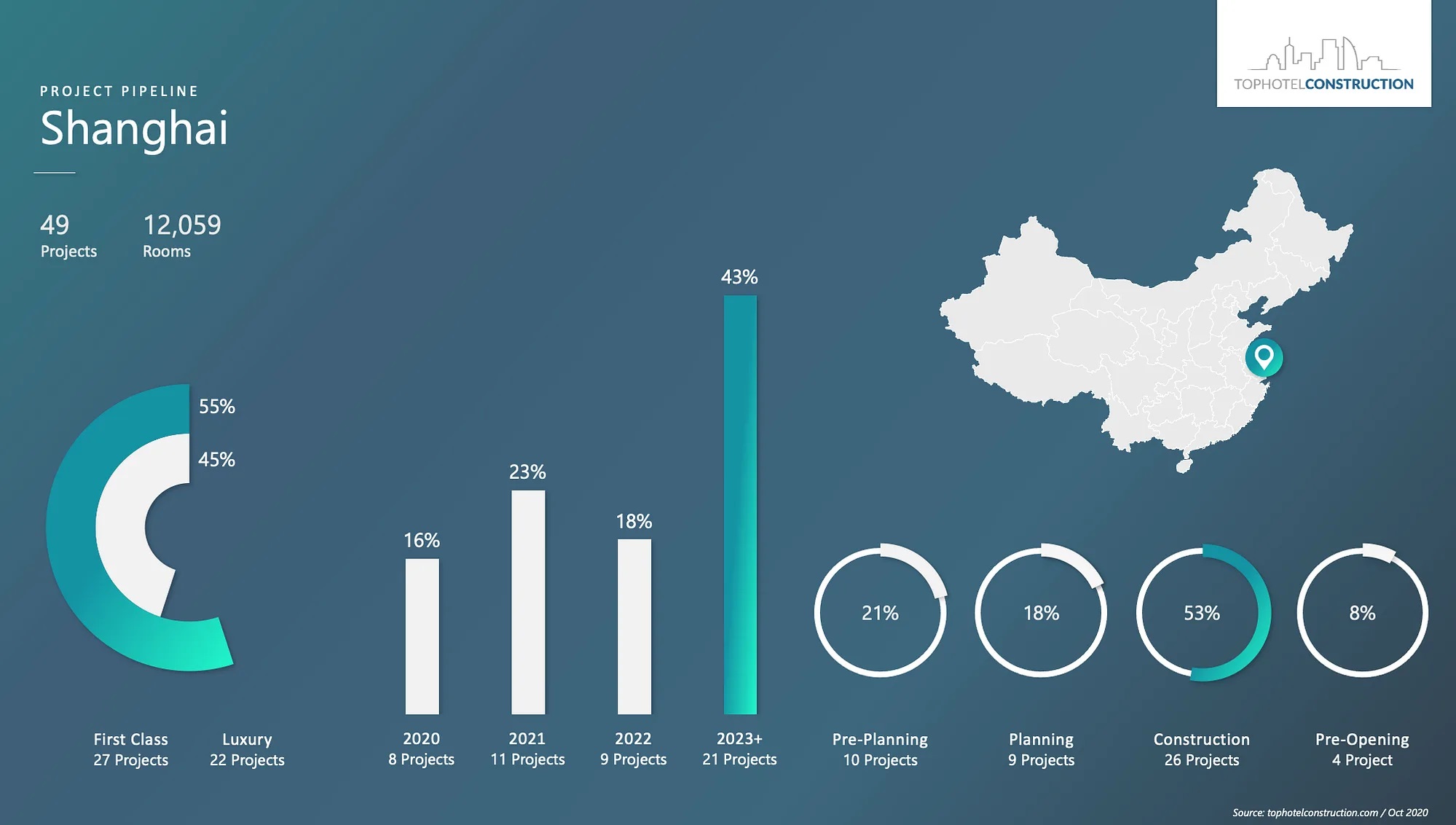 >> Cathay Pacific cut capacity in October — the first time in nearly half a year — as it saw passenger load factor for the month plummet to its lowest since the start of the coronavirus outbreak. Releasing its traffic results for the month, Cathay blamed a resurgence in coronavirus cases in many parts of Europe for killing off travel demand to the UK and other parts of Continental Europe.

>> Air China has begun operating its 2020/2021 winter and spring season with a total of 1,287 daily domestic flights on average, a 22.5% increase on year. The Chinese flag carrier handled 50 million passenger trips in October, close to the level of last year. Passenger volume was 88% of last October's level.

>> The promising outlook for a Covid-19 vaccine has powered a rally in Chinese airlines and airport operators, prompting stock analysts to make bold predictions about the pandemic-stricken air travel industry. Shares of the nation’s biggest players and Shanghai International Airport jumped by as much as 13% last week. 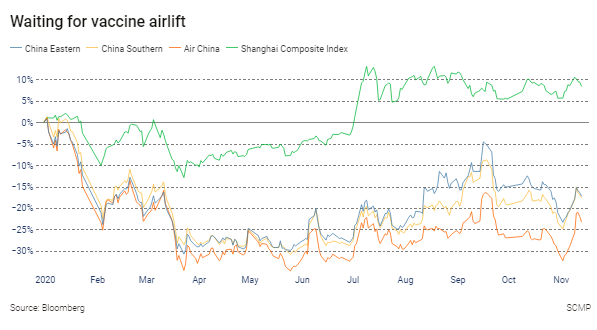 >> China's first snow-themed tourist train has opened in time for this year's ski season. Yabuli, one of the country's most popular ski resorts, located in northeast China's Heilongjiang Province, offers winter sports enthusiasts direct routes between the city of Harbin and the resort. 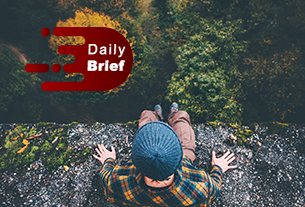 Japan mulls halting business travel with China; Universal Beijing to open in May | Daily Brief
©2020 广州力矩资讯科技有限公司 粤ICP备06070077号
Tell us more about yourself!