In September, 70% or better occupancy levels were registered in key China markets such as Sanya, Shenzhen, Chengdu and Xi’an, and these markets were showing year-over-year growth in the metric.

“Unlike the declines we’ve seen in the U.S. after Labor Day or Europe after the summer holidays, Asia Pacific markets have continued seeing growth,” Palmqvist said.

“For instance, in September, 70% or better occupancy levels were registered in key China markets such as Sanya, Shenzhen, Chengdu and Xi’an. What is more noteworthy is that these markets were showing year-over-year growth in the metric, which is not common for most of the world right now”. 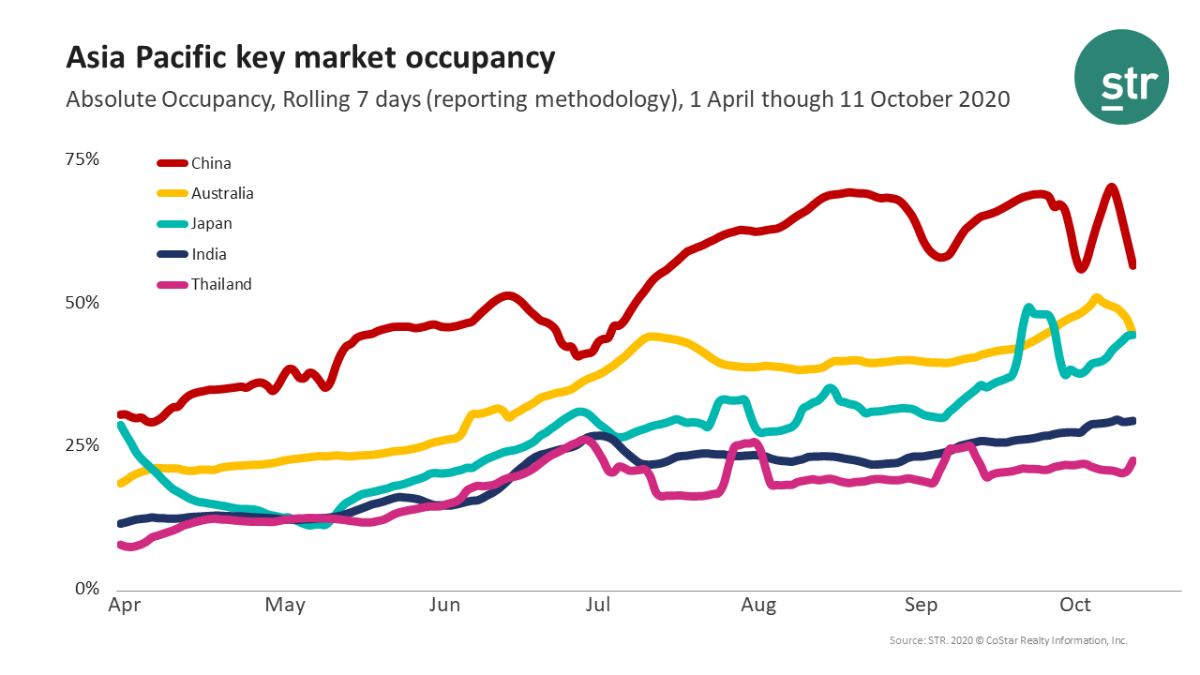 China’s demand has grown consistently over the months due to strong domestic demand and national holidays. On October 3, during the extended Golden Week period as National Day coincided with Mid-Autumn Festival (1-8 October 2020), the market posted an 83% occupancy, almost reaching levels seen in 2019.

During Silver Week (September 19-22, 2020), Japan saw an occupancy boost driven mainly by domestic demand. The market posted its highest occupancy level on September 23 (67%). Similar to other markets around the globe, regional and leisure markets like Hokkaido and Okinawa have begun to see more substantial occupancy growth, while Tokyo and Osaka are starting to see gentle initial growth.

In many of the key markets in Asia Pacific, weekends continue to produce the highest occupancy levels. Resort locations in Vietnam have posted occupancy as high as 40% during the weekends. Weekdays in South Korea are still showing low occupancy levels (20-25%) compared to weekends (60%) in the market.

Hong Kong is another market displaying a similar trend as occupancy levels during weekends reached as high as 55% along with weekdays rising to 40%. Palmqvist notes that “all eyes are on the success rate of the recently declared government agreement with Singapore for a quarantine-free travel bubble, expected to produce direct travel between the two markets before the end of year.” 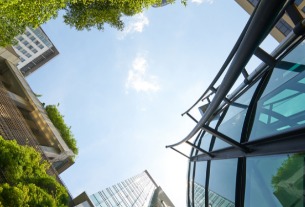