According to the Savigny Luxury Index (SLI), the luxury sector just had one of its worst quarters on record. Global luxury conglomerates and international brands like LVMH, Kering, Hermès, Prada, and Ferragamo registered double-digit sales declines with their latest results, and the median decline for the second quarter reached between 40 and 50%, according to both Business of Fashion and SLI.

But despite the turmoil, there’s a silver lining: double-digit sales growth in China. The repatriation of China’s luxury spending isn’t a recent development, but the stay-at-home economy, lockdowns, and the ongoing travel restrictions helped to accelerate it.

According to Bain & Company, Chinese consumers made 27% of their luxury purchases in China in 2018, up from 23% in 2015. That means almost three-quarters of luxury purchases were made overseas before the pandemic. Moreover, China was the largest source of international students prior to COVID-19 with 608,400 (16 times more than in 2000) and tourists with 150 million trips taken (14 times more than in 2000) during 2018, according to the McKinsey Global Institute.

But now the pandemic has closed borders and tarnished the allure of studying abroad. Therefore, it’s understandable that retailers and analysts might fear for the luxury sector without Chinese spending. The Savigny Luxury Index (SLI) highlights that even brands who boosted online sales volumes and energized their multichannel marketing strategies still registered notable financial losses. Kering, for example, increased its e-commerce sales by 72% during the second quarter, but that figure only accounted for 18% of the company’s retail sales.

Indeed, the COVID-19 pandemic has altered many views on the West. However, that doesn’t mean that all Western luxury markets will bounce back at the same speed. Most luxury brands will be ravaged by the crisis, but some have competitive advantages at their disposal. For example, the continuous appetite for European luxury goods will help the EU market to achieve a faster recovery — and even consistent growth — in the foreseeable future.

On the other hand, American designer brands have to overcome plenty of issues in the age of Anti-Americanism. The adversarial relationship between the US and China and the current administration’s anti-China rhetoric have only exacerbated Chinese indignation and nationalism. As competition for global economic hegemony speeds up and America’s power unravels, it’s been assumed that the American brand will be collateral damage. That was expected, since, even before the US-China conflict, US luxury brands lagged behind their European counterparts. 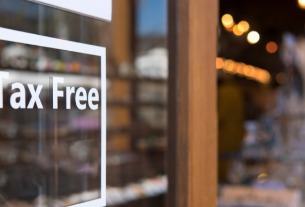 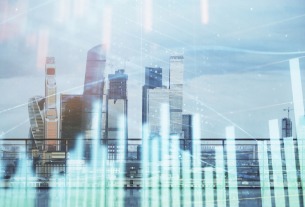