All of those things will take time, however, and there’s not much lodging companies can do to make workers hit the road.

Corporate travelers, typically back on the move after Labor Day, are still hunkered down at home, with little telling when they’ll start seeing clients again or if the embrace of video conferencing will end the need to get on the road at all.

It’s a chilling prospect for the hotel industry, which leans heavily on corporate travel departments to fill rooms at full rates. Still, some are banking on a big future for business travel.

CitizenM, a Dutch lodging brand backed by Singapore’s sovereign wealth fund, is moving ahead with plans to open its tech-forward boutique hotels across the U.S. It’s a bet that remote work will actually increase the need for employers to bring scattered staff together.

“The world is a different place now, but the demand generators we would have had pre-pandemic have only gotten bigger,” citizenM managing director Ernest Lee said in an interview. “We don’t believe there’s a secular risk to our industry.”

Technology and finance companies were already decentralizing operations before the pandemic, pushing citizenM to fill its development pipeline with projects in Boston, Seattle and San Francisco, among other cities where far-flung teams are likely to gather. Earlier this summer, with most travelers grounded, it signed a deal to build a 240-room hotel adjacent to Facebook Inc.’s Menlo Park, California, campus.

Bill Ackman, chief executive officer of Pershing Square Capital Management, has echoed the view that remote workers will need hotel rooms for periodic visits to headquarters, and companies that adopt that model may double-down on culture-building retreats.

“When a company loses a piece of business to its competitor’s in-person sales pitch, it won’t be long for the sales manager to require all future pitches to be in person,” Ackman wrote, explaining his position in Hilton Worldwide Holdings Inc. in an Aug. 28 letter to investors.

CitizenM, which owns and operates 20 hotels, is undeterred. The company plans to double its footprint in the next five years, developing properties that typically feature automated check-ins and casual social spaces instead of fully staffed front desks and full-service restaurants.

“Business travel sentiment is negative, at least comparatively speaking,” said Jan Freitag, a senior vice president at lodging-data firm STR. “Is there going to be a little more this fall than there was in March and April, yes. Will it move the needle?” 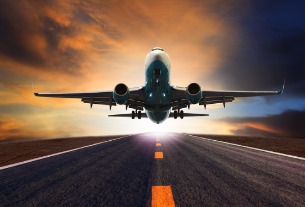 Airlines may struggle to be profitable but sees ‘green shoots’ on the horizon
©2020 广州力矩资讯科技有限公司 粤ICP备06070077号
Tell us more about yourself!