As a result of such efforts, the nation's civil aviation flights topped 13,000 per day at the end of August, equal to 90% of pre-virus levels.

Travel and transport, among the most COVID-19-battered sectors, contribute a significant part to global services trade. China's current efforts to put its domestic air travel and tourism industries back on track could serve as a beacon of hope for a global industry revival, government officials and industry watchers said on Tuesday at a major services trade fair in Beijing.

China's civil aviation sector is showing signs of a robust recovery, injecting strong confidence into global aviation, Zhang Qing, deputy director of the Planning Department of the Civil Aviation Administration of China (CAAC), said during an aviation forum at the ongoing China International Fair for Trade in Services (CIFTIS) in Beijing.

The nation has implemented measures in response to the pandemic that has hit the civil aviation hard, Zhang said, citing tax relief and financial support for aviation firms, an accelerated push for the resumption and start of major aviation projects, and streamlined procedures for the approval of domestic and international cargo routes.

As a result of such efforts, the nation's civil aviation flights topped 13,000 per day at the end of August, equal to 90% of pre-virus levels, said CAAC, and international cargo flights hit a peak of 5,399 per week, 4.1 times last year's average.

The inspiring numbers stand in contrast to the plight of the global air travel industry. Global airlines are estimated to lose USD 84.3 billion in 2020 and 23 airlines have collapsed, Ma Tao, regional vice president for North Asia at the International Air Transport Association (IATA), revealed at the forum.

China's aviation recovery is expected to be quicker than the global average, Ma said, attributing this to its domestic market, which takes the lion's share of the nation's air transport.

"We're optimistic about the recovery of China's economy and its air travel," Adam Li, vice president for China of Emirates Airline, told the Global Times Tuesday on the sidelines of the CIFTIS. 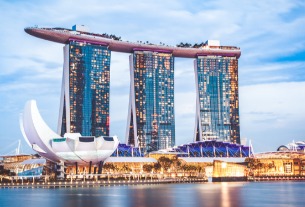 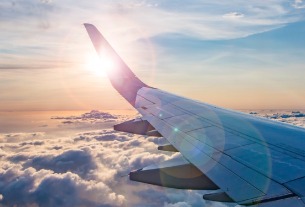