Travel agencies not only market a destination via WeChat but make a point of how easy it is to use the app while there.

President Donald Trump's executive order barring Americans from doing business with Tencent Holdings Ltd., maker of the super-app WeChat, will deal a serious blow to the already beleaguered U.S. tourism industry. It could also help undo decades’ worth of progress in establishing person-to-person ties between the two increasingly fractious countries.

The financial consequences will be the most obvious. Over the past decade, China has become the world’s largest source of outbound tourists — and its travelers are unusually free-spending. In 2019, its 2.8 million visitors to the U.S. made up only 3.5% of the international travelers who arrived in the country, but they accounted for 13.4% of the total spending.

This rise in tourism paralleled the rise of China's tech companies and — most important — its social-media platforms. WeChat, which started out as a messaging service, quickly bloomed into a quasi-operating system for living in China. Key to that expansion was WeChat Pay, a mobile wallet that launched in 2013 and now accounts for 40% of the country’s massive mobile-payments market.

The global travel industry quickly grasped how important WeChat was to Chinese consumers, and bent over backward to integrate it into their offerings. Now, travel agencies not only market a destination via WeChat but make a point of how easy it is to use the app while there. Since 2017, Caesar’s Palace in Las Vegas has let Chinese visitors pay for almost anything using the service; all they need to do is open the app, display a personalized bar code, and wait for the cashier at the buffet or the bar to scan it. The transaction clears in dollars, converted from yuan deposited in the wallet. It looks and feels little different than paying for a meal in Shanghai.

There will also be another, less quantifiable, consequence to Trump’s decision.

One result was that Chinese tourism, a phenomenon once confined to standardized group trips, became something much more diverse. Chinese parents would come to visit relatives who had settled in the U.S., or to tour college campuses with their kids. Investors would visit their American businesses. Individual tourists would come to shop, visit the sites, and get a taste of the America they had read and heard about. Even as official ties between China and the U.S. frayed — over trade, technology and much else — on a person-to-person basis, the two countries grew closer.

That process is now reversing. Restricting WeChat isn’t the only reason, but it is another blunt reminder to Chinese people that they're not as welcome in the U.S. as they used to be. The Trump administration claims that national-security concerns justify the move. Perhaps they do. But if the two countries continue to go down this road, the damage done will be permanent. 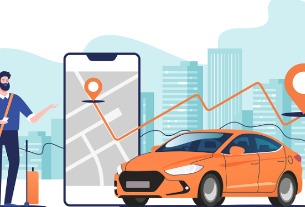 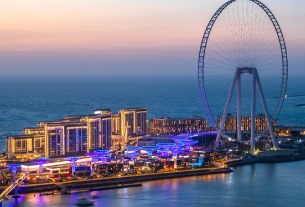