Among the top five countries for number of domestic flights tracked on 5th August, the recovery was lead by China, down just 8% year-on-year.

Latest tracking data highlights the extent to which the recovery of international passenger markets is being suppressed by cross-border travel restrictions and quarantine requirements, coupled with the economic impacts of the Covid-19 pandemic.

In absolute terms this meant that approximately four fifths of the nearly 42,000 tracked scheduled passenger jet flights that arrived on 5th August were domestic sectors.

Measured by available seat kilometres, international routes registered a 77% decline for 5th August compared with the equivalent day a year earlier, while the capacity drop for domestic was less than 40%.

Among the top five countries for number of domestic flights tracked on 5th August, the recovery was lead by China (down just 8% year-on-year), followed by Russia (-9%) and Japan (-18%). In the USA domestic flights were down by more than 48% and in India by nearly 74%.

Airbus and Boeing had by 5th August collectively accumulated a backlog of more than 120 passenger jets that had their first flights more than 60 days ago but are yet to be delivered to customers (excluding the grounded 737 Max).

The Coronavirus crisis has presented unprecedented challenges both to the logistics of customer acceptance processes for new aircraft, as well as the ability of airlines to finance unneeded fleet additions in the face of the collapse in passenger revenue.

In 2019, an average of 60 days elapsed between the first flight of an Airbus twin-aisle aircraft and delivery, while the figure was only 24 days for Boeing widebodies. For narrowbodies Airbus registered an average of 17 days last year while Boeing achieved 26 days, prior to the suspension of the Max programme. 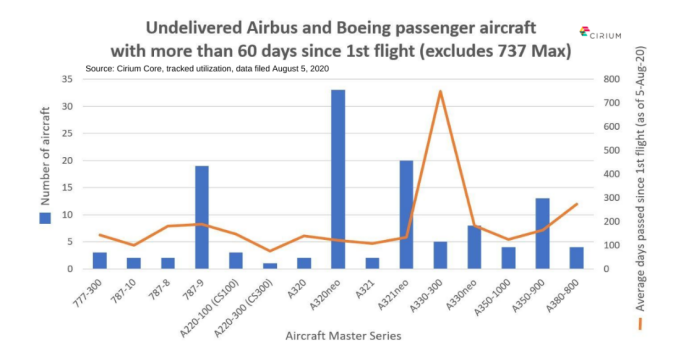 The Airbus A320neo Family is the type with the most examples to have slipped beyond the 60-day threshold with more than 50, although by contrast more than 400 737 Max aircraft have flown but are yet to be delivered pending re-certification.

Hong Kong eases travel restrictions—but only for its business elite 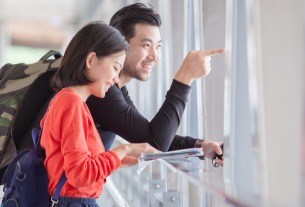