Century Cruises will resume sailings on August 12, with a new trial route around Chongqing.

The Asian cruise market is slowly coming back to life, with an ocean cruise ship entering service in Taiwan and domestic river cruising approved on China's Yangtze River.

Explorer Dream, one of the ships in the Dream Cruise Line fleet, embarked on its first short sailing in Taiwan, leaving from the northern port of Keelung. The cruise line, owned by Hong Kong-based Genting Cruise Lines, developed special two- and three-night island-hopping itineraries to Peng Hu, Matsu Island and Kinmen, as well as Hualien, for the Taiwanese market.

The ship carried 926 passengers on the first sailing Sunday according to the line; about half of the ship's 1,856-passenger capacity. All passengers were required to complete a health questionnaire and travel history declaration form before boarding; the line did not require a negative COVID-19 test.

Masks were not required, the line said, but free ones were made available onboard. "We encourage them to do, especially in common areas on the ship."

River Cruises Given Approval To Resume on Yangtze

Last week, the Chinese government announced that domestic river cruises could begin again on parts of the Yangtze River. The main section to be reopened is the Yangtze gorges between Chongqing and Yichang.

In light of the announcement, Century Cruises will resume sailings on August 12, with a new trial route around Chongqing, staying within the area, a line spokesperson said. The classic three- and four-night itineraries sailing the gorge area between Chongqing nad Yichang will begin on August 15.

While the Century Cruises ships are only open to the domestic Chinese market at this point, the vessels are familiar to Americans who have gone on a Yangtze River cruise, as U.S.-based river cruise lines and tour companies often charter the vessels. 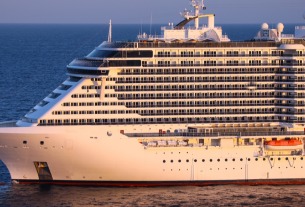 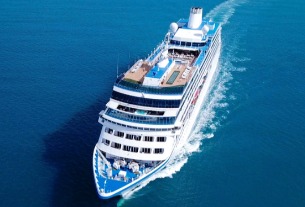 Cruise operators ready to sail for rebound as COVID tide turns
©2022 广州力矩资讯科技有限公司 粤ICP备06070077号
Tell us more about yourself!