Gaming and in-game advertising are booming and the IGA application for travel advertising is expected to be substantial.

Monaker Group, Inc. (the “Company”), a technology leader in the travel and vacation rental markets, today announced it has entered into binding definitive share exchange agreements (the “Agreements”) relating to the proposed acquisition of 100% of the outstanding shares of HotPlay Enterprise Limited (a private British Virgin Islands Company) from the shareholders of such entity for a majority stake in the Company.

Through the acquisitions, the Company plans to transition from a solely travel based company, to a travel company with gaming and in-game advertising company, with the goal of engaging consumers through digital advertising, gaming and travel platforms. We also contemplate these acquisitions enhancing the Monaker Booking Engine and NextTrip and Maupintour travel offerings through increased technology capabilities - including the adoption of artificial intelligence and blockchain - and access to additional technology talent in those areas to further revolutionize the Monaker travel brands.

Upon the closing, the Company and HotPlay would become a combined public entity under Monaker Group, with HotPlay’s shareholders, at the end of the process, becoming the Company’s largest stakeholders with a controlling interest in the combined public company and the transaction resulting in a change of control of the Company.

HotPlay is a revolutionary in-game advertising (“IGA”) company, which shall leverage proprietary Artificial Intelligence and harmonizing engagement between businesses and consumers. For the most part, in-game advertising is conducted by intermediate display ads and interstitials which games most likely ignore; however, the HotPlay technology seamlessly integrates native ads into games and enables client brands to insert non-intrusive and interactive digital coupons, redeemable through both online and offline channels. Brands can even track the conversion funnel from viewers to actual sales in real-time.

“We are thrilled with this opportunity to join forces with such large multi-national players,” said Bill Kerby, Vice Chairman & CEO of Monaker Group, who continued, "The acquisition of HotPlay and the minority ownership in Axion will represent a tremendous addition for our stakeholders and will position Monaker as a diversified global company that monetizes engaging, connective platform technologies.

We anticipate greater visibility and therefore success of Monaker’s travel brand upon the closing of the transactions, in addition to the contributions from what will be two new divisions of the company, (i) gaming and (ii) in-game advertising. Gaming and in-game advertising (IGA) are booming and the IGA application for travel advertising is expected to be substantial.” 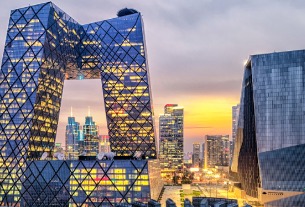 More travel curbs in Beijing as Winter Games near 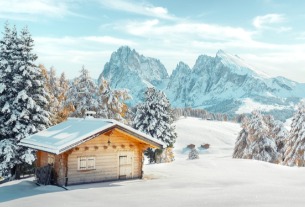