Home > > Airbnb can survive the pandemic. But can Airbnb hosts?

Airbnb can survive the pandemic. But can Airbnb hosts?

With mortgages to pay and properties sitting vacant, they’re now struggling to survive.

At the outset of the pandemic, the numbers looked bleak across the board. In March, European short-term rental reservations had dropped by as much as 80 percent, and revenue was down by more than 50 percent in American urban destinations like New York City, San Francisco and Seattle, according to data from analysts at AirDNA. By April, Airbnb’s valuation had taken a nosedive to $18 billion, nearly half of its previous high of $31 billion. And in May, chief executive Brian Chesky announced the company was laying off 25 percent of its workforce.

Cleanliness is the obvious concern for travelers, with both hotels and rental companies emphasizing their new rigorous cleaning standards. In my searches, I’ve seen hosts getting clever, too, advertising their sanitation routines and offering hand sanitizer to guests. Some health experts are giving short-term rentals an edge since you can more easily avoid crowded indoor spaces. “In a hotel, it’s inevitable that you’ll have more interactions than at an Airbnb,” Thomas Russo, chief of the infectious-disease division at the University at Buffalo, recently told MarketWatch.

The sheer diversity of the short-term rental market, in terms of rental type and location, is proving to be its competitive advantage during the pandemic, Mody says. “Geographically, Airbnbs are so much more spread out [than hotels],” he tells me. “It allows you more control over the environment you’re in.”

“Airbnb is much quicker to understand what’s happening with customers, what’s happening with the environment and pivot toward these opportunities [than hotel companies are],” Mody says. “Essentially. Airbnb is a tech company and they use data so much better. They’re extremely nimble and that’s been one of their strengths all along.”

As Airbnb refocuses its messaging to support subsects of its marketplace, it seems to be creating islands of demand, potentially leaving hosts in the pandemic’s less-desirable locales to fend for themselves. To aid struggling hosts, Airbnb awarded nearly $17 million in relief grants, though the program’s criteria excluded most professionals, as only hosts with two or fewer listings were eligible to apply. In April, hosts criticized Airbnb’s $250 million reservation refund program as little more than a publicity stunt, as it only paid hosts 25 percent of what they’d normally receive. And Airbnb’s latest campaign encouraging travelers to donate to hosts has only sparked further backlash, with many users taking to Twitter to call out the company’s tone-deafness in asking travelers to financially support their vacation landlords.

These pro hosts face the same challenge as independent hoteliers: What do you do with your expensive-to-maintain properties when revenue slows to a trickle? Slashing prices and moving away from the short-term marketplace seems to be the trend, with AirDNA reporting an uptick in mid- and long-term stays across the industry, though it may not be sustainable for long.

So far, the short-term rental supply has remained mostly stable, though some analysts predict forbearance woes and uneven demand might push some indebted hosts to give up — especially if the fall brings a big wave of coronavirus cases. “This lack of travel and tourism is already causing Airbnb hosts to slash their prices by more than 80% in some cities. If this goes on for much longer, a lot of these cash-strapped hosts will be forced to sell their properties,” financial analyst Austin Hankwitz told Money magazine in May.

That’s good news if you are also forced to move into an Airbnb for a few months — not if you’re a host nearing a fiscal cliff. In this way, the pandemic reveals the harsher realities of the home-sharing marketplace: The venture-backed tech behemoth has cash reserves and little bricks-and-mortar skin in the game, so they seem sure to endure the pandemic. As for the little guys, they have all of the rent to pay. 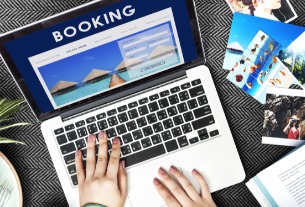 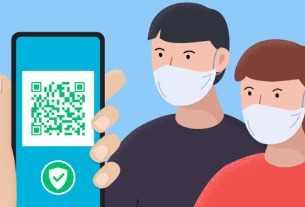 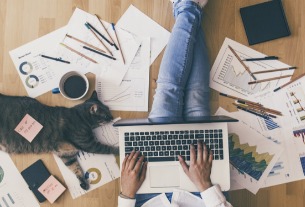 Work-from-home helped Trip.com reduce quit rates by more than a third
©2022 广州力矩资讯科技有限公司 粤ICP备06070077号
Tell us more about yourself!