The combination of CPA and Google Pay essentially positions Google as an OTA without the service element.

Google is one of the most trusted global brands so it’s little surprise that in these unprecedented times hotel brands are increasingly turning to it for help to attract whatever demand is out there.

Unlike past downturns that have strengthened the OTAs’ position, COVID-19 has forced virtually all travel to stop meaning they no longer have the marketing spend and clout that they enjoyed pre-pandemic. This means that when travellers are searching online it’s Google’s travel products that dominate the results and Google is determined to take as much ground as it can during the crisis.

Google was already hot on the heels of the OTAs before the pandemic. In 2018 it passed Kayak as a source of traffic to airlines. This year’s unprecedented events and the release of new Google products for the hospitality sector look set to accelerate those gains.

So, how can we measure this prediction?

Two critical areas that allow us to assess the accuracy of our assumption are first, monitoring the increase of supply on Google which is a result of direct relationships with hotels (suppliers), and secondly, tracking the decrease of other meta-search engines. The more hotels Google secures and traffic it attracts compared to its competitors the more dominant it will become.

One of the key drivers to Google winning inventory from hotels will be its CPA service. The crisis has seen teams decimated. The marketing teams who were managing Pay Per Click (PPC) activity are no longer there. As a result, hotels will move to a CPA approach which requires less direct input. CPA has a long way to go before it is perfect but it’s certainly an attractive option for hotels right now.

We assume another driver will be Google Pay. The wealth of payment options, particularly ones catering for regional providers, offered by Google makes it an obvious option for guests looking to book a hotel room. If they book direct with the hotel, payment options are usually limited to the usual two or three providers.

We believe that these two aspects combined - the CPA and Google Pay essentially positions Google as an OTA without the service element. With Google already working on some service elements it is positioning itself as a clear alternative to the world’s largest OTAs. As Sanchit S. Rege at Hyatt said to me, change is now expedited - consumer and industry shifts which pre-COVID-19 would take five years or even a decade are now happening in months. He believes it won’t be long before Google adds service elements such as having customer calls and messages responded to using AI chatbots.

There’s no doubt that Google is on the rise. How quickly this will happen and what it will mean for the OTAs remains to be seen but we expect the likes of Tripadvisor and Trivago, already described by some as zombie companies, to be acquired or lifted within the next year. 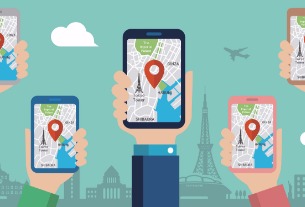 Government kept to sidelines as Google got big. Now it has chance to rein company back in.
©2020 广州力矩资讯科技有限公司 粤ICP备06070077号
Tell us more about yourself!