Close to 150 million outbound trips by Chinese were recorded in 2018.

The fact that it took Trip.com Group to pull together the global travel industry in a travel revival campaign rather than a world tourism body, Google Travel or Booking Holdings, shows the ongoing importance of the China outbound travel market.

In a never-before spectacle of global industry unity, Trip.com Group roped in more than 70 tourism, aviation, and hotel leaders worldwide to individually address tourists why their next trip would be their best yet.

The two-hour video launch on Monday is a cross-industry effort to instill confidence and inspire people to “Travel On,” with assurances that it’s attractive, safe, secure, clean, flexible and more affordable than ever. Although it is directed at all travelers in general, without doubt China’s gigantic outbound market helped pull the leaders together in an effort to revive travel.

Close to 150 million outbound trips by Chinese were recorded in 2018, an increase of 15 percent over 2017, with the market expected to grow to more than 166 million trips last year, according to the China Tourism Academy. Chinese tourists are also the world’s biggest spenders. At $277 billion in 2018, that’s nearly double the next largest spender, the US, which spent $144 billion in 2018, according to UNWTO data.

The premise of the campaign is there has never been a better time to start planning that next trip, and to travel on, said the largest online travel group in China.

As part of the campaign, Trip.com Group is incentivizing customers with an international Travel On Sale that offers discounts of up to 60 percent on flexible advance reservations at 30,000 hotels in 180 countries.

Asked how to revive travel when recovery is in fits and starts, Trip.com Group’s CEO, Jane Sun, in an interview with Skift following the launch, said, “I remember on March 5, when we launched a revitalization plan for domestic travel in China. People couldn’t understand why, but we saw that the demand was already there. As an industry leader, we need to be two steps ahead.”

Sun said China “is back to normal” and believes that the economy and the travel industry of Asian neighbors that have controlled the virus will also rebound, at first with domestic travel, then bilateral, before a vaccine eventually fully restores confidence. 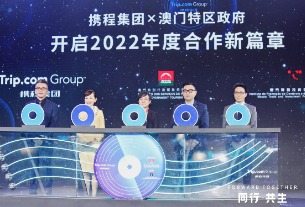 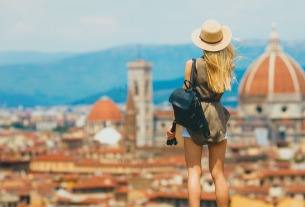 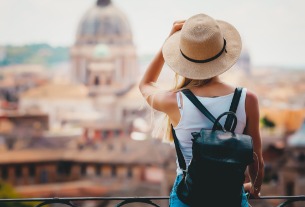