U.S. expands flights from Chinese airlines to four per week

Both sides have gradually expanded the number of flights.

The U.S. government will allow Chinese airlines four flights a week into its airports, an expansion following China’s announcement it would permit the same number of operations by the Americans.

In the latest action, after weeks of diplomatic wrangling on passenger flights between the two nations, the Transportation Department on Monday issued an order that doubles the number of operations permitted to and from the U.S. by China-based carriers.

The U.S. had earlier threatened to cut off all flights from China if the Beijing government didn’t stop blocking American carriers. Three U.S. airlines, which had halted flights to China earlier this year because of the Covid-19 pandemic, wanted to resume service. But both sides have gradually expanded the number of flights.

Earlier this month, the Transportation Department accused the Civil Aviation Authority of China of being “unable to communicate definitively” when it would allow U.S. airlines to resume flights.

Delta Air Lines Inc. plans to start flights to Shanghai from Seattle and Detroit. United Airlines Holdings Inc. had sought to resume three routes to China this month, but didn’t immediately respond to a request for comment on its plans. American Airlines Group Inc. has said it wants to begin flying again to China later in the year.

The Transportation Department said in a press release it’s seeking a return to pre-pandemic flight levels and would grant additional flights to Chinese airlines if that nation relaxes restrictions on U.S. carriers.

In early January, there had been approximately 325 weekly scheduled flights between the two countries. That fell to only 20 per week by four Chinese carriers by mid-February, according to the department.

Which airlines will soar after the pandemic? 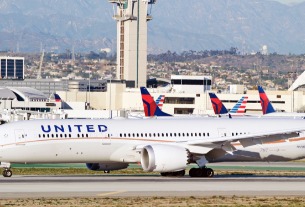