The administration will suspend the operation of the flight for four weeks starting from June 22.

China Southern Airlines’ flight from Dhaka to Guangzhou was suspended for 4 weeks, after 17 passengers on board were tested positive for Covid-19, reports China Daily.

According to a notice issued by the Civil Aviation Administration of China, a total of 17 passengers tested positive for the novel coronavirus on a flight operated by China Southern Airlines from Bangladesh's capital Dhaka to Guangzhou, Guangdong province, on Thursday.

In light with the international flights adjustment policy issued on June 4, the administration will suspend the operation of the flight for four weeks starting from June 22.

While easing restrictions on international passenger flights recently, China also has a whole set of risk prevention and control mechanism in place, including the adoption of a ‘reward and circuit breaker mechanism’ for the carriers to increase or suspend flights in light of the carriers’ epidemic control work.

The airline must suspend the operation of the route for one week if the number of passengers who test positive for the coronavirus reaches five. If the number exceeds 10, the airline will suspend the flights for four weeks.

As an incentive, carriers will be allowed to increase the number of international flights to two per week on one route if the number of passengers who have a positive nucleic acid test on their flights stands at zero for three consecutive weeks. 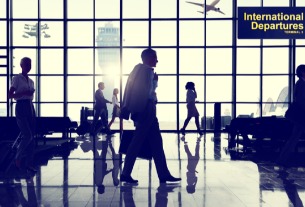 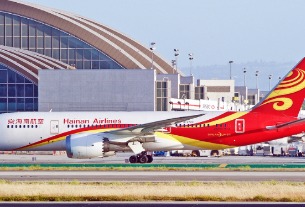