The NBA season has been suspended since March, but the league has been making a push to resume action, potentially in one unlikely location.

While nobody knows anything for certain, all signs are pointing to the NBA at least attempting to resume its season – which was suspended due to the Covid-19 pandemic – possibly as soon as July. One of the biggest questions the league will have to answer is where the teams will actually play. It turns out the answer may involve the Magic Kingdom. Yes, the NBA has set its sights on Walt Disney World in Orlando, Florida, something which probably raises quite a few questions among sports fans.

What, the Walt Disney World? The one with Mickey Mouse and Space Mountain?

The one and the same. On ESPN’s First Take, Los Angeles Lakers guard Danny Green confirmed reports that the league was seriously looking into playing games at Disney World. “It looks like we have multiple options for locations, but I think leaning toward Orlando and Disney to where it’s the safest,” Green said.

Does the plan make any sense?

Oddly, yes. If the NBA were to restart the season, they would want to limit the number of people involved. The ideal spot would be a controlled, centralized environment in order to lower the risk of outside infection. As the NBA’s announcement notes, Disney World would provide its own housing accommodation for players and staff in the form of hotels, as well as basketball courts that could handle both practices and official games.

How did the idea first come about?

It was first raised a few weeks ago by Yahoo Sports writer Keith Smith, who wrote an extended piece (which bordered on an advertisement, at times) about how Disney World would be the perfect place for the NBA season to resume.

How exactly would this work?

Let’s make this clear: players won’t be shooting hoops among the rollercoasters. In an interview with SB Nation, Smith made a strong case that it wouldn’t take much to convert pre-existing spaces into basketball courts.

What would be the biggest drawbacks?

They would be the same drawbacks as trying to continue the NBA season anywhere. Any plan will require frequent testing for Covid-19, not just of the players but of the other NBA and Disney World employees who would be in regular contact with them. Obviously, anyone testing positive would have to be immediately quarantined and, should the number of positive tests get out of hand, the league would probably be forced to shut down for a second time. If that happens, it could very well be the end of the season.

It’s something that will weigh on the minds of those deciding whether to play in the middle of a pandemic. Is the NBA so eager to crown a champion for the that it is willing to risk a tragedy at the so-called Happiest Place on Earth? The answer is starting to look more and more like “yes”. 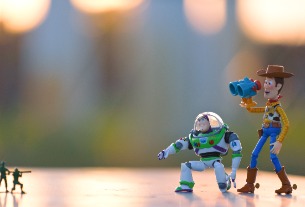 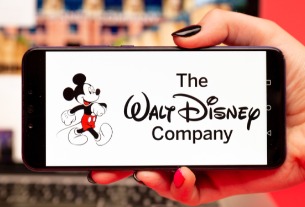 Disney earnings miss across the board with slowing streaming growth
©2022 广州力矩资讯科技有限公司 粤ICP备06070077号
Tell us more about yourself!