The sprawling city on the banks of the Yangtze River has shot to no.1 must-see destination in the country, up from eighth place last year.

For months, Chinese authorities have been advising citizens against trips to Wuhan. Today they can’t keep them away.

For Wuhan–not Beijing–currently tops China’s wish list of places to go this year. The sprawling city on the banks of the Yangtze River has shot to no.1 must-see destination in the country, up from eighth place last year. That’s according to a study from the Chinese Tourism Academy in Beijing. The findings come from a poll of 15,000 people, plus data from 20 million social media posts.

As Wuhan slowly gets back on its feet after the 11-week lockdown that ended on April 8, tourism may prove a salvation.

So is all this Wuhan-dreaming a question of dark tourism? Quite the opposite the research finds. The desire to go to Wuhan apparently motivated by goodwill. Travelers want to help out with economic recovery in the region, says research director Dr Song Rui.

A bounty of cheap hotels and affordable travel deals is attracting particularly young and lower income earners to the river city researchers say. This group plans to take an average 4 trips by the end of the year, while the economic situation is favorable.

The aftermath of the virus on Chinese travel habits will favor Wuhan’s moment too.

People say they will be happier over coming months to stick with domestic attractions and short-distance trips says Song Rui.

As to the surrounding province of Hubei itself, which no one much wanted to visit before, it too made it to the Top 10 this year.

For now China’s ongoing travel ban makes visits from abroad impossible. While young Chinese get ready to descend on Wuhan, Wuhanites have been leaving their city in droves since the quarantine ended. 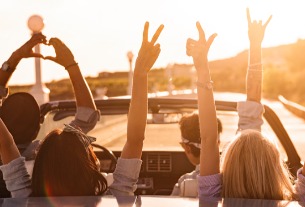