Global traffic will still be about 10% below original estimates in 2025.

Demand for air travel will lag behind pre-coronavirus forecasts for at least five more years, according to the latest projections from the International Air Transport Association. 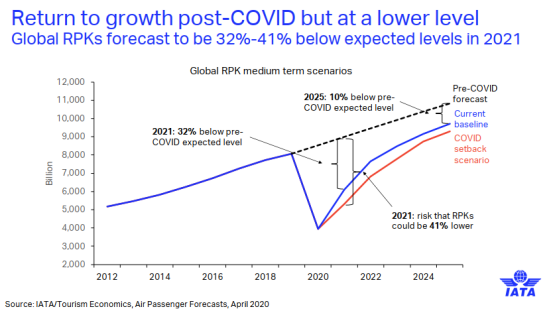 Traffic next year will be down between a third and two-fifths from projections made prior to the pandemic, according to IATA, which doesn’t see travel recovering to last year’s levels until 2023 at the earliest.

Global traffic, or the number of passengers carried times the distance flown, will still be about 10% below original estimates in 2025, Brian Pearce, the trade group’s chief economist, said in a media briefing Wednesday. 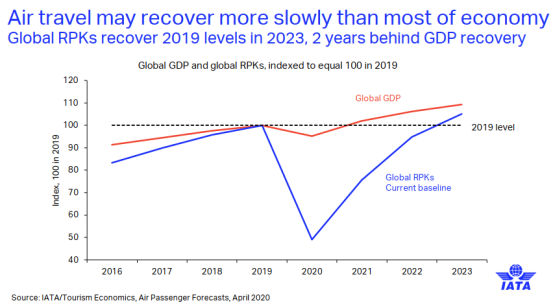 Pearce said he expected a rebound in demand to come about two years after an upturn in GDP, partly due to the increased inconvenience of travel. 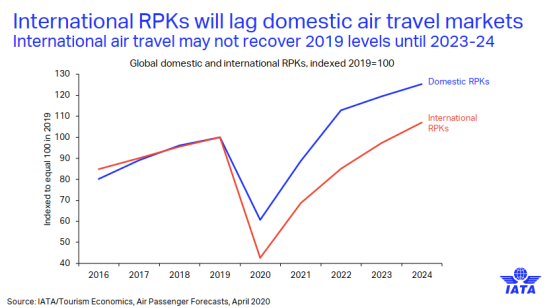 Alexandre De Juniac, IATA’s chief executive officer, said the industry lobby and its members are completely opposed to the imposition of quarantine measures for people arriving in countries such as the U.K. and Spain.

“International travel cannot restart under such conditions,” De Juniac said, citing a study that found 59% of people wouldn’t fly under such conditions. A globally coordinated bio-security system including temperature checks and contact tracing would manage the risk, he said. 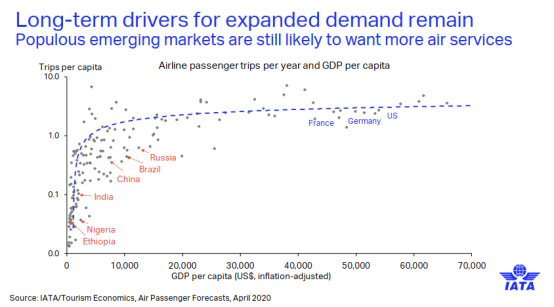 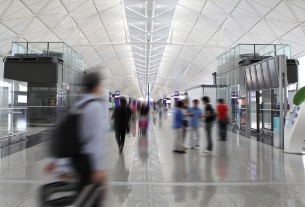 Aviation hops towards a recovery in some places but global airline capacity falls again
©2020 广州力矩资讯科技有限公司 粤ICP备06070077号
Tell us more about yourself!