Despite having big-name backers, these Chinese firms didn’t survive COVID-19

The COVID-19 outbreak has created unprecedented difficulties for China’s economy, with regulators halting businesses and events and telling people to stay home. While large, established companies were better prepared to weather the financial impact, some startups were especially vulnerable to the effects of the pandemic.

Although backed by China’s tech titans such as Alibaba, JD.com, Meituan, and Trip.com, several Chinese startups have failed to make it to the next spring and have instead shut down.

Wujiang Hotels, a hotel chain backed by China’s largest online travel agency Trip.com Group, announced on March 27 this year that it will suspend operations due to the impact of the COVID-19 outbreak and terminate all employee contracts on April 30, 2020.

Founded in 2019, Wujiang had a registered capital of US$30 million after a strategic investment from Trip.com Group. Targeting the mid-level and premium hotel markets, Wujiang had assembled five hotel brands covering eight cities, including Shanghai, Shenzhen, Chongqing, and Guilin, with room prices ranging from 200 yuan (US$28.28) to over 1,000 yuan (US$141) per night.

Backed by Chinese internet giant Alibaba, Chinese outbound travel service provider Baicheng declared bankruptcy in late February. The 20-year-old company announced that it was unable to stay afloat due to deteriorating cash flow, as almost all of its income sources have evaporated. 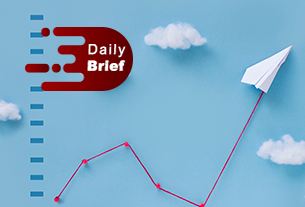 Tencent, Trip.com invest in new firm; Travel to rebound in second half | Daily Brief
©2020 广州力矩资讯科技有限公司 粤ICP备06070077号
Tell us more about yourself!