Home > > Asian hotels press ahead with expansions despite pandemic

Asian hotels press ahead with expansions despite pandemic

Accor will add a total of 20,000 rooms this year, with two new hotel openings in Japan and a staggering 94 new hotels in China.

Despite the international travel industry facing one of the biggest crises in its history, hotel operators across Asia including France's Accor, Thailand's Centara, Singapore's Far East Hospitality and U.S.-based Marriott International, are pressing ahead with expansions originally timed to coincide with the staging of summer Olympics in Tokyo and fueled by the ever-rising tide of Chinese tourists.

Accor will add a total of 20,000 rooms to its portfolio this year, with two new hotel openings in Japan, more than 30 new hotels in Southeast Asia, and a staggering 94 new hotels in China.

Markland Blaiklock, Deputy Chief Executive of Centara Hotels and Resorts told Nikkei that his company will be spending close to $340 million on refurbishing existing hotels and other projects under development this year.

Singapore hotelier Far East Hospitality, which will add more than 700 rooms in key markets including Vietnam, Japan and Australia, is also pressing ahead with its expansion plans.

RedDoorz chief executive officer Amit Saberwal said that while the coronavirus outbreak would affect the company's business, particularly in Singapore which is so reliant on inbound travelers, he is hoping that sophisticated domestic travel ecosystems can support other markets in Southeast Asia. 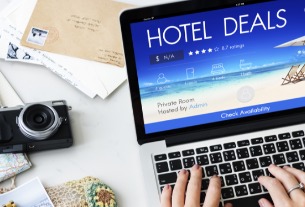