Advance purchases may not be just a provisional measure during epidemic but a regular project that will stay.

ChinaTravelNews, Avery Zhang – The road to recovery for China’s travel industry is still littered with uncertainties.

There were early signs of recovery at the end of the first quarter, reflected by Fliggy’s data showing that the sales of train and tourist attraction tickets for the Qingming Festival holiday on March 17-23 were some 10% higher than a week earlier, and hotel reservations rose 30% during the time.

However, given the pandemic is still wreaking havoc globally, strict control measures are still in place to prevent the spread of COVID-19 after initial success in containing the epidemic. In some instances, top tourist attractions in Shanghai including the Oriental Pearl TV Tower that had re-opened earlier last month were ordered to close again on March 30.

The Qingming holiday was the first turning point for Chinese travel companies, a welcomed respite after their business was decimated by the epidemic in the past two months.

Yet the situation turned out not as dire as feared.

“Business has been picking up since mid-March with the company’s orders nearly doubling every week. The number of daily reservations rose by 20%-30% at the end of March,” said Mr. Ding, who revealed the company had almost zero orders in February and reservations in March plummeted to just 10% of the volume at the same time last year.

Shenzhen-headquartered Jl. Tour, a B2B hotel platform owned by Tongcheng Group, expects it will restore 60%-70% of its normal business in April or May if the epidemic is kept under control, according to its marketing director Ms. Yanhong Zhang. It marked a major improvement compared to March, when the booking volume was only 20%-30% of the previous year’s.

Business in first-tier cities has been recovering faster, to 40%-50% of the normal volume, and lower-grade hotels are faring better than luxury hotels.

Shanghai-based Spring Tour, which did not re-open for business until March 15, is seeing its local tour offerings gaining traction. Ms. Weihong Zhou, deputy general manager of Spring Tour, said its "Shanghai Local Tours" attracted 400 people with 10 buses in service for the departure on March 27, compared to the first departure of 154 people on March 20.  "We are now only offering local tours, though the take-up rate is not even a fraction of last year’s," she said.

The travel executives all pointed to the effectiveness of offering advance purchase options in their recovery strategies.

Huichufa, JI. Tour’s consumer-serving Mini Program on WeChat, has recorded more than 10,000 orders since its accommodation advance purchase offerings were launched on February 19. The company leveraged its procuring capabilities and teamed up with domestic hotels and resorts brands like LvYue, China Tourism Group, Narada and Alor Valley.

Ms. Zhang said that accommodation advance purchases are not just a provisional measure for the epidemic, but a regular project that will be here to stay. The Huichufa service was rolled out in July 2019 and has been in operation for just nine months.

Spring Tour ran a pilot advance-purchase program during March 5-15 before the official launch. Ms. Zhou said the results of the pilot program were surprisingly good. For example, the company offered 800 yuan per night per guest room at Hyatt Hotel in Chongming, Shanghai, the expiration date of which is on December 31, 2020. They were sold out within a few hours.

Firstly the hotels that were previously unwilling to offer advance purchases at low prices are now taking part to boost cashflow, while tourist attractions are now selling admission at low prices or even free of charge in some cases at the request of the authorities.

Secondly, consumers are concerned about buying short-term travel products due to the uncertainties associated with the coronavirus pandemic. Advance purchase offerings with longer redemption durations, that don’t expire till June or even the end of the year, will make consumers feel more assured in making purchases. The offers also deliver better value for money.

But Mr. Ding admitted that the overall redemption rate of advance purchases at Kulv stands low at only 10%. This shows that tourists are still concerned about the epidemic. Spring Tour said customers had started to redeem their bookings for the Qingming Festival since last week.

According to a Fliggy report, short-haul tours and self-driving trips within 200 km are popular choices currently. As Huichufa’s booking data shows, over 80% of the 10,000 hotel rooms it made available for advance purchases are in short-haul destinations.

Among the short-haul travel activities offered by Spring Tour, sightseeing bus tours were found to be the most popular for Shanghai locals. Ms. Zhou said more than 300 people took sightseeing bus tours in Shanghai on the product’s launch day, and the tours continue to attact several hundred participants on a daily basis.

"We were surprised to see that citizens living in Shanghai are so interested in sightseeing tours on bus."

These measures have brought in huge user traffic in a short time. Huichufa then started to offer advance purchases for hotel accommodation on February 19, and the sales volume exceeded 10,000 orders in a month. In comparison, the company had only two or three thousand room-night sales per month before the coronavirus outbreak.

The live streaming sales approach has become more popular in the travel industry since the virus outbreak. Mr. James Liang, chairman of China’s largest online travel company Trip.com Group, had his live streaming debut on March 23 at Atlantis Sanya and generated 10-million-yuan (USD 1.4 million) advance purchases for accommodation within an hour. The scholar-entrepreneur then went on with his second and third live streaming events.

The survival challenge for China’s travel industry has gone on for more than two months. The Qingming Festival holiday in China has shown some positive signs for domestic travel, but the industry should be cautiously optimistic as the global pandemic continues to evolve with uncertainties. (Translated by Jerry) 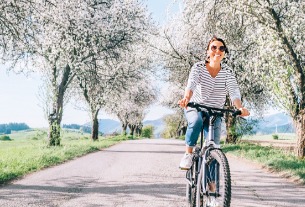 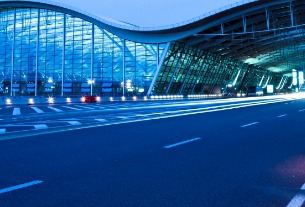