Sabre wins first antitrust case on Farelogix acquisition in US

Sabre still has to wait for a UK antitrust regulator to rule before it can complete the deal.

An eight-month lawsuit by the US government to stop Sabre's deal to buy Farelogix is over after a court ruled in favor of the travel technology and distribution giant.

The victory for Sabre in a Delaware courthouse on Monday is the first of two hurdles it hopes to pass this week, paving the way for it to complete its acquisition of Farelogix for USD 360 million from November 2018.

The US Department of Justice claimed the integration of Farelogix into the Sabre family of airline distribution services would "likely result in higher prices, reduced quality and less innovation for airlines."

Sabre is now awaiting a ruling from the U.K.'s Competition & Markets Authority, due on April 9.

Sabre and Farelogix paid USD 20 million in lawyers’ fees in 2019 to respond to U.S. government reviews of their proposed merger and to defend against antitrust proceedings. 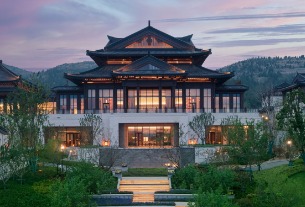