Home > > China to bar entry to all foreigners

The country’s aviation authority today told Chinese airlines to maintain only one route to any country and limit the number of flights to one per week, effective March 29.

China has announced a travel ban on all foreign nationals, including those holding a work visa or residence permit.

The Chinese Foreign Ministry said the ban will begin at midnight on Saturday March 28.

Foreigners with diplomatic, service, courtesy or C visas will reportedly not be affected by the policy, as well as those traveling to China for economic, trade, scientific, technological or humanitarian reasons.

The ministry said: “The suspension is a temporary measure that China is compelled to take in light of the outbreak situation and the practices of other countries.

“China will stay in close touch with all sides and properly handle personnel exchanges with the rest of the world under the special circumstances.

“The above-mentioned measures will be calibrated in light of the evolving situation and announced accordingly.”

The country’s aviation authority today told Chinese airlines to maintain only one route to any country and limit the number of flights to one per week, effective March 29.

Italy and Spain have now overtaken China as the countries worst-affected by the coronavirus outbreak.

China has seen a slowdown in local infections, but has continued to report imported infections.

The United Arab Emirates, Thailand, Hong Kong, Singapore, Australia, New Zealand and India are among the countries to have introduced travel bans on foreign nationals in an attempt to curb the spread of the virus.

Today Russia announced a ban on all flights into and out of the country. 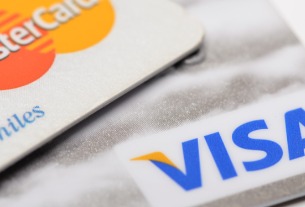