ICAO forecast a decline in global traffic of 16.4 million passengers, the hotel industry could end up having to deal with the virus impact for the next 12 months.

Key developments for the day:

>> The 2020 Chinese Grand Prix, which had been scheduled for April 17-19 in Shanghai, has been postponed due to the coronavirus outbreak, announced by both Formula 1 and motor racing's governing body the FIA.

With a record of 22 races scheduled for the 2020 season, it will be difficult to slot a race in China back in at a later date.

>> China's Civil Aviation Administration said as of February 10, local and global airlines have processed flight cancellations of more than 19 million tickets, with a total value of over RMB 20 billion (USD 2.87 billion).

>> ICAO forecast a decline in global traffic of 16.4 million passengers, resulting in potential revenue loss of USD 4.1 billion, if the current proportion of China seat capacity reductions persists into February and March.

The top five countries most affected by the loss of Chinese tourists are Thailand, Japan, the US, France and Australia, with an estimated combined total economic loss of USD 24 billion.

>> The recovery of Asia Pacific airlines from the disruption of the coronavirus may be more challenging when compared to previous epidemics, owing to lower growth rates in the regional economies, says Alton Aviation Consultancy.

The scale of global restrictions and flight suspensions has been faster and more significant than experienced during the SARS period in 2003.

>> The coronavirus has cost Vietnamese airlines about USD 430 million so far in lost revenues following travel curbs between Vietnam and China, according to Reuters. The ban would affect about 400,000 passengers a month. The number of passengers on all international flights fell 14.1% during the first week of February from a year earlier.

>> A Moody's report said the decline in global oil prices based on expected slowing economic activity due to the virus will more than offset the lost earnings of US airlines, unless the illness spreads more widely. But United Airlines' larger Pacific network and China service increases its exposure versus that of Delta Air Lines and American Airlines.

>> Hilton has closed about 150 hotels in China in response to the growing coronavirus crisis, taking 33,000 rooms out of commission. CEO Chris Nassetta said the hotel industry could end up having to deal with the virus impact for the next 12 months.

>> Japan’s Health Ministry confirmed 39 additional cases of coronavirus on a cruise ship in Yokohama, bringing the total number of infections from the quarantined vessel to 174. Carnival Corp.’s Diamond Princess cruise ship has become the biggest center of infections of any place outside of China.

>> HotelnAir.com, South Korea’s leading charter travel agency, will close business due to a plunge in demand in the wake of a consumer boycott to travel to Japan and the spread of novel coronavirus in China and Southeast Asian countries, the three most popular destinations among Koreans.

>> China Outbound Tourism Research Institute (COTRI) is projecting a 7% increase in outbound trips from mainland China this year despite coronavirus. The institue expects to see 181 million border-crossings from the country in 2020.

>> Despite the confirmation of at least 33 coronavirus cases, Thailand has neither restricted Chinese tourists from entering the kingdom nor dropped its visa-on-arrival fee waiver, implemented to attract Chinese. Thai officials are screening passengers on arrival on flights from China though.

Singapore has banned entry to all Chinese passport holders and foreigners who have recently visited China, and the US has banned the entry of all foreign nationals arriving from China. Japan and South Korea have only blocked visitors from Hubei province, the epicentre of the outbreak.

>> American Airlines announced Tuesday that it is suspending flights to mainland China and Hong Kong until April amid the virus outbreak. The carrier said it was authorizing the action “due to the reduction in demand” for flights there.

>> Airbnb lost USD 322 million over the first nine months of last year, according to a Wall Street Journal report. The company’s board has questioned executives over why costs are growing more quickly than revenue. The losses could hurt Airbnb’s valuation as it looks to go public this year.

>> The online home-sharing service has extended the suspension on all bookings in Beijing through April, complying with the Chinese capital’s efforts to stop the spread of the deadly coronavirus. 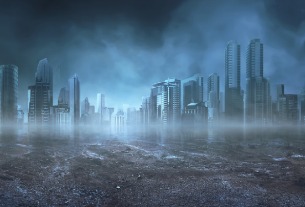 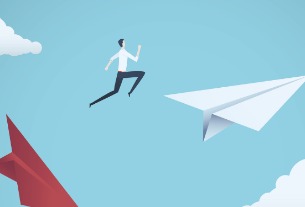