Poland's national airline PLL LOT wants to increase its presence on the Chinese market and, within at least the next ten years, to fly to both airports in Beijing on a daily basis, LOT CEO Rafal Milczarski has told PAP.

Thanks to the direct connection from Warsaw launched in mid-January to Beijing-Daxing, one of the largest airports in the world, LOT now flies to China seven times a week. This is the second airport in the Chinese capital to which the airline's planes fly, the other being the Beijing Capital International Airport (PEK) to which the carrier has been flying since 2012.

"We took advantage of the opportunity given us by the newly opened Beijing-Daxing Airport. Had we not done this, it would have been a big mistake. It's the most modern airport in China and will ultimately be able to handle 100 million passengers a year," said Milczarski. 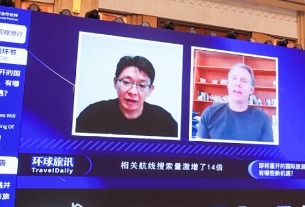 Agoda gears up for rebound in travel in APAC region