DragonPass generated revenues of 1.1 billion yuan in 2019, representing a compound annual growth rate of 40% compared to three years ago.

ChinaTravelNews, Flymer Huang – DragonPass, a Chinese company operating high-end business lounges at airports and high-speed railway stations, recently announced it has obtained an undisclosed sum of funding from Ocean Link as the lead investor and Trip.com Group as a co-investor.

The proceeds will be used to build a technology platform, deepen cooperation within the industry chains of airports and high-speed rail service and expand its global business. International business is a priority area for future cooperation between DragonPass and Trip.com Group.

Established in 2005, DragonPass provides travelers with lounges, airport restaurants, courtesy cars and security fast lane service by working with the management companies of airports and high-speed railway stations. Official information indicates that, as of the end of 2019, DragonPass has amassed over 30 million members globally and a network of 1,400 lounges in 140 countries and regions.

In late September this year, DragonPass launched its Plus packages, which allow members to get access to the VIP lounge, security fast lane, airport restaurant coupons. The membership fees are 249 yuan for six months and 499 yuan for a year. Travelers joining the program can also book star-rated hotels, transfer and limousine services at preferential prices, as well as enjoy the members’ benefits of Atour and SSaw Boutique Hotel. DragonPass has made available reservation services for 100-plus mid- to high-end hotels through its Wechat official account and App.

DragonPass has sold nearly 10,000 Plus cards in two months, over half of them were sold through its own App and Wechat official account. The company collaborates with SPDB, China Merchants Bank and frequent-travelers-focused We-media to attract more customers.

The company has generated revenues of 1.1 billion yuan this year, representing a compound annual growth rate of 40% compared to three years ago. Revenues generated from overseas market accounted for more than 30% at a growth rate of 80%. It was ranked as No.1 in Asia Pacific and No.2 worldwide in terms of revenues and global service network in the sector. (Translated by Elena) 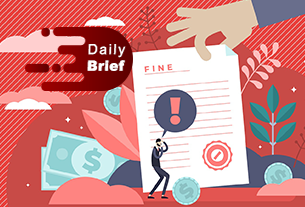